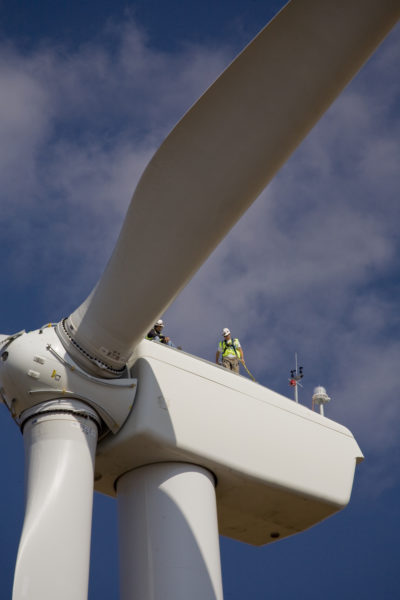 Minneapolis-based Xcel Energy broke ground on the Sagamore Wind Project — a 522-megawatt wind farm across 100,000 acres — in Roosevelt County on Monday, the company said in a news release. The nearly $900 million project will power close to 194,000 typical homes annually, employ 400 workers during the build-out and create 20 to 30 full-time positions. The wind farm is expected to be in operation by the second half of 2020, according to a release.

“This is a historic investment for Roosevelt County, but its benefits reach far beyond,” David Hudson, president of Xcel Energy – New Mexico, Texas, said in a statement. “We’ll see a significant economic boost to the New Mexico economy through increased jobs, royalty payments to landowners and more revenue for county and school budgets. And for the next 25 years, Xcel Energy customers in both New Mexico and Texas will benefit from lower fuel costs, since our fuel source is the free and abundant wind of eastern New Mexico.”

North Dakota-based Wanzek Construction will be the builder on the project, which will use 240 turbines from Denmark-based Vestas Wind Systems.

In May 2017, Xcel announced it would invest $1.5 billion in New Mexico and Texas over the next three years to support long-term growth in the area, with the bulk of the money going to new substations and transmission lines, according to previous Business First reporting. Xcel spent nearly $500 million with its vendors in New Mexico and Texas in 2017.