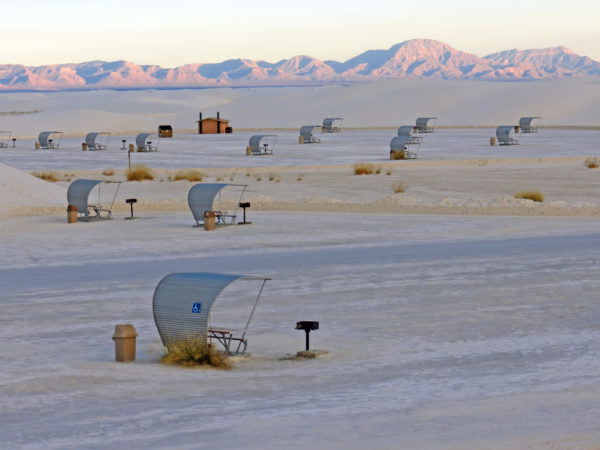 Or perhaps a-feet might be a bit more accurate.

It’s an incredible collection, she said.

“We’ve discovered thousands upon thousands of footprints left in the prehistoric mud and have been preserved for thousands of years,” Sauter said.

Unfortunately, visitors are unable to see them because the entire area is within a restricted part of the 147,000-acre park because of its proximity to Holloman Air Force.

Park officials are planning to create a new boardwalk display that will include cast depictions of some of the tracks and the story behind them.

This is one of the many projects slated at White Sands.

The work is largely being paid for through a federally mandated bump in entrance fees at all national parks.