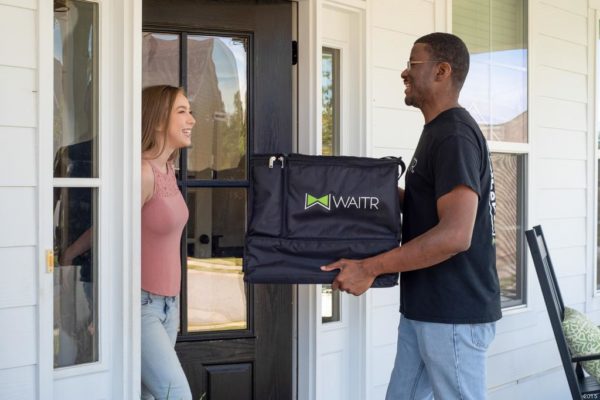 June 4, 2019 – Waitr, a food delivery app, plans to bring more than 100 jobs to Santa Fe after its launch Thursday, according to Dean Turcol, the public relations director for Waitr.

These jobs include 100 driver positions and a minimum of three managerial positions.

When looking for a new city, Waitr will look for diverse restaurant partners and determine if the city has a strong enough population to support the business.

The pay for a Waitr driver is about $12 to $18 hourly. Waitr also allows its drivers to keep 100% of their earned tips and offers overtime hours, according to its online hiring webpage for Santa Fe. The hourly wage is approximated by adding the minimum wage with the average amount of tips drivers get, Turcol said.

“[The company] starts with 100 jobs and in most cases we always end up needing to hire more,” Turcol said.

Waitr drivers also potentially have the opportunity to move up in the company, according to the Waitr hiring webpage. Turcol said more than half of managerial staffers throughout Waitr started out as drivers.

The managerial team always has local residents that were either drivers or new hires because they will usually stay and have a better connection with the local partners, Turcol said.

“We are local,” Turcol said. The drivers and managerial staff are local, the food is local and the consumers are local, he explained.

The company said it has 40 Santa Fe restaurants signed up to offer food for delivery. Turcol said Waitr often adds new restaurants after their launch in new cities. He said neighboring restaurants may partner with Waitr once they see how the app fares in their market…