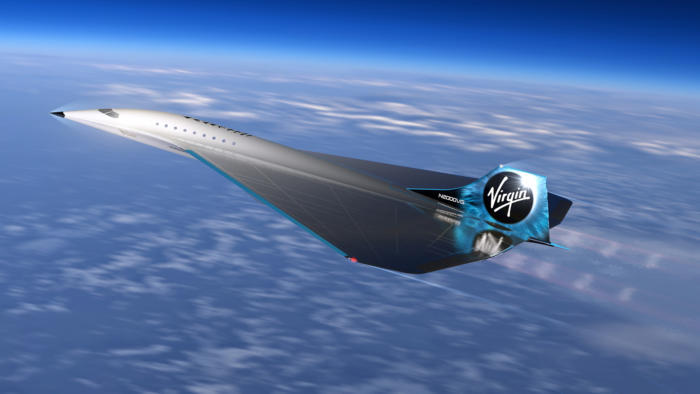 Since May, the company has conducted two glide flights over the spaceport with its passenger rocket, the VSS Unity, allowing Virgin Galactic teams to collect key data on performance while providing critical experience for the two spaceship pilots in the cockpit. On those flights, the Unity was carried on the underbelly of the mothership, VMS Eve, to about 50,000 feet before breaking away to glide back down to the spaceport runway.

But this fall, the company plans to conduct two powered flights, whereby the Unity will fire up its rocket motors after breaking away from Eve to shoot to the edge of space at 50 miles up, said Virgin Galactic Chief Space Officer George Whitesides on Monday.

The first powered flight will again only include two test pilots. But the second flight will carry four mission specialists in the passenger cabin, where paying tourists will eventually be seated for the ride to space. That passenger crew of company employees will evaluate all cabin operations during flight, Whitesides said.

“Safety remains the top priority,” Colglazier said. “If all goes well, then we anticipate Sir Richard Branson to be on a powered flight in the first quarter of 2021.”

Branson’s trip to suborbit would kick off the company’s long-awaited commercial operations, allowing up to six paying passengers at a time to fly to space, where they’ll be able to float for a few minutes in microgravity and view the Earth’s curvature.

Another 700 people have put down $1,000 deposits to be first in line to buy tickets when the company reopens sales for seats on the rocket, Whitesides said. That’s up from 400 people that had made deposits as of last March.

The coronavirus has slowed Virgin Galactic’s progress in recent months as the company abides by strict safety protocols, Whitesides said. That’s limited the number of people that can be onsite at the spaceport, and at company headquarters in California, where Virgin Galactic’s manufacturing subsidiary, The Spaceship Company, is now building two more passenger rockets for operation at the spaceport.

But the company continues its march to commercial launch, achieving key milestones during the second quarter, Whitesides said. That includes:

n Near completion of the second passenger rocket in California, with ground testing on that ship to begin this fall. About 75% of parts fabrication is also finished for the third rocket, with full assembly of that vehicle expected next year.

n Three more Federal Aviation Administration requirements were met for FAA approval of commercial operations, meaning 27 of the 29 needed elements have been achieved. “When we complete the remaining elements, we’ll be cleared to fly customers to space,” Whitesides said.

n The company finished construction and received a certificate of occupancy for the third floor of Virgin Galactic’s “Gateway to Space” building at Spaceport America. That’s where all training and flight preparation for customers will take place.

The company is also moving forward on future commercial ventures. That includes working with NASA to line up a pipeline of paying customers for flights to the International Space Station, and development of supersonic vehicles that can provide high-speed, point-to-point travel across the globe.

The company already signed up 12 paying customers for travel to the ISS, which will include end-to-end training to prepare them for the trip. Some of that training will take place at Spaceport America, Whitesides said.

And Virgin Galactic also revealed an initial design concept Monday morning for its future high-speed vehicle, which is expected to travel at three times the speed of sound to potentially transport people from Los Angeles to Tokyo in just two hours, and from New York to London in one. The company announced a new memorandum of understanding with Rolls-Royce to help build propulsion systems for the aircraft.

“Those vehicles will represent a paradigm shift in human air travel,” Whitesides said. “It will drastically cut travel times.”

Whitesides is leading the efforts to build those future operations as the company’s new chief space officer. He stepped down as CEO on July 20, allowing Colglazier, a former Disney executive, to take the reins.