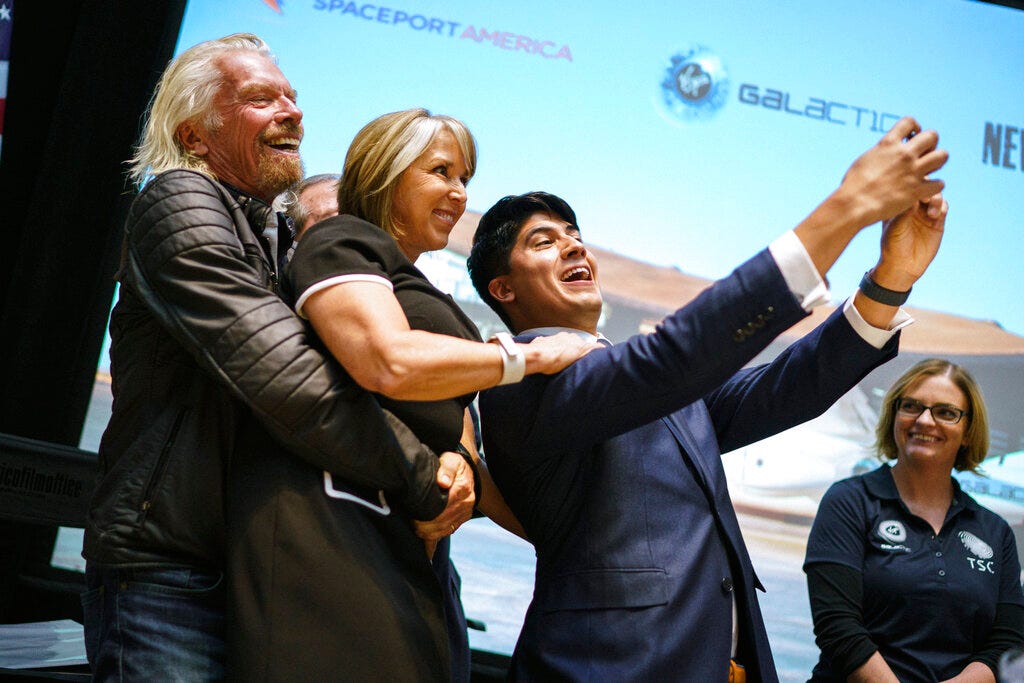 June 3, 2019 – May 10 was made a historic day for Doña Ana County and the rest of New Mexico when Sir Richard Branson and the team from Virgin Galactic made a major announcement. The Virgin Group subsidiary were moving operations for the first-ever commercial “spaceline” to New Mexico right away, bringing a team of over 100 here to prepare for their first launch.

Kevin Prieto and Lexy Snell, two of a handful of New Mexico kids who are now part of Virgin’s workforce, stole the show that day. Yes, the picture of Kevin getting a selfie with Sir Richard, Gov. Lujan-Grisham, and Sen. Tom Udall was the shot seen around the world, but it was what he and Lexy said that reverberated throughout the crowd on hand.

Kevin, New Mexico State University graduate and former student body president, said he’d never imagined he would be able to find the kind of career and opportunity he was looking for in the state he loved so much. As a procurement specialist for the company, Virgin Galactic has made his dream possible.

Lexy, the second woman to graduate from Central New Mexico Community College’s Aviation Maintenance Technician program, is now an assistant crew chief on Virgin Space Ship Unity. She joined Virgin as an intern after graduation, and five years later, is part of the team that built Unity – an actual spaceship.

She shared her personal story with the expressed intention of inspiring other young people like her. Following are a few excerpts from her speech…