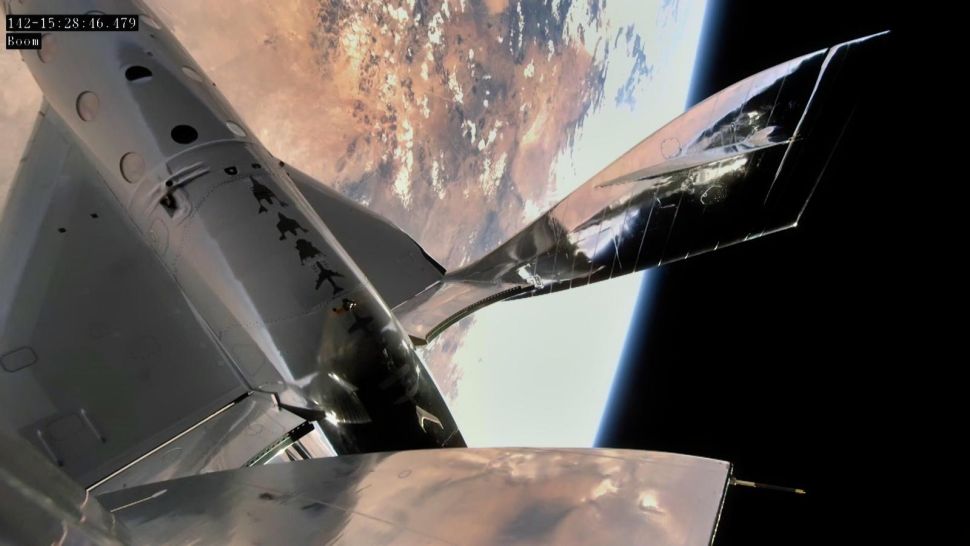 May 22nd, 2021 – Virgin Galactic has launched its first human spaceflight from its New Mexico home port.

The company’s SpaceShipTwo vehicle VSS Unity conducted its third crewed test flight to suborbital space today (May 22), taking another step toward the start of commercial operations.

Unity’s first two spaceflights occurred in December 2018 and February 2019. Both of those missions lifted off from the Mojave Air and Space Port in southeastern California, near the headquarters of Virgin Galactic’s manufacturing subsidiary, The Spaceship Company.

But today’s flight took off from Virgin Galactic’s commercial hub, Spaceport America in New Mexico. It was the first human spaceflight ever to depart from the Land of Enchantment, and Virgin Galactic marked the milestone by emblazoning the state’s famous Zia sun symbol on Unity’s exterior and putting some green chile seeds aboard the space plane, company representatives said.