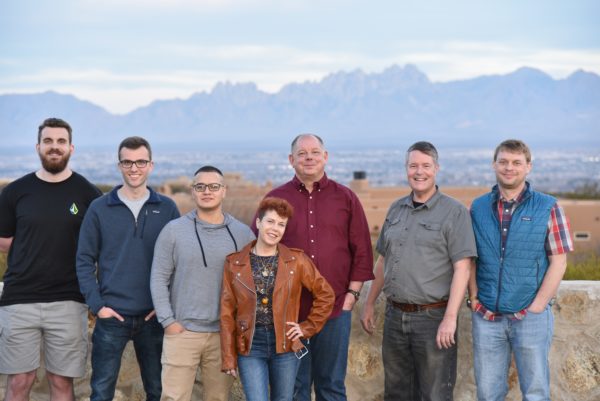 “It’s a good time to create new experiences because players are asking for that,” said Jerry Prochazka, CEO and Founder. “We want to make games that are easy to get into, and easy to get out of. We have busy lives, so we want short gaming sessions while still having lots of fun.”

Prochazka and Rob Thompson, the new company’s brand manager, say that they relate to many of today’s gamers; they’re people with careers, families and hobbies that keep them busy, but they’re also gamers who want to be engaged. They’re not interested in playing the latest iteration of a game they loved a decade ago, but they are interested in new games that inspire them in the same way.

“A lot of big companies have investor pressure to generate predictable revenue. That pressure narrows their focus to continue making known games and take less risk,” Prochazka said. “It’s a good time to go out on your own and provide new experiences, and that’s what we want to do.”

Also, said Thompson, “The demand is there, but it’s not being met. So, if you look at it from a strategy side, it allows us to do more engaging products.”

Ganymede chose Las Cruces, New Mexico, for its headquarters for some of those same reasons, as well.

“We left the high cost, noise, and density of high-tech cities when we discovered Las Cruces, which is affordable, offers a higher quality of life, and now we have plenty of wilderness to explore both in-game and out-of-game,” said Prochazka. “The affordability allows us to maximize value to our investors with an experienced, world-class team. I’ve been fortunate to work with some of the best people in the world, all over the world, and we are bringing that experience to New Mexico. The gaming world is incredibly competitive and finding an affordable, high quality of life is so important to get the best results from our talented team.”

“The other unique opportunity we have is that Mexican nationals so close allows us to expand our talent funnel, and that’s proven to be good, too. There are a lot of good networks in El Paso and Juarez,” Prochazka said. “We visited NMSU (New Mexico State University), New Mexico Tech, the Dona Ana Community College, and we expect to recruit out of these New Mexico colleges.”

Las Cruces is a college town and home to one of New Mexico’s three Tier One research universities, New Mexico State University. It is just a few minutes from the metropolis of El Paso, Texas, yet is also close to several national monuments, including White Sands National Monument and the Organ Mountains-Desert Peaks National Monument that will allow the team to explore the New Mexico wilderness.

The Ganymede team is composed of seasoned gamers, adventure seekers, nature enthusiasts and animal lovers whose passion for exploring new worlds infuses everything they do. However, they’re also keenly aware of the financial benefits that exist for digital media companies that locate in New Mexico, including the Refundable Film Production Tax Credit. This refunds 25% of most expenses in the state of New Mexico associated with producing movies or TV shows, digital productions, or, in this case, video games back to the company (details are at NMFilm.com).

“The Film Production incentive program has been an important means of reducing costs for filmmakers and it’s one of the reasons New Mexico has become a top hub for film production; with major motion pictures such as ‘No Country for Old Men,’ ‘Terminator: Judgement Day,’ and ‘The Avengers’ having been produced here. It can also be used by companies developing video games,” said Tim Nitti, President & CEO of the New Mexico Partnership. “This is a significant financial tool that dramatically lowers the cost of production by rebating 25% of those costs back to the content creators. However, even more important than this economic tool is the fact that New Mexico has long been a place that actively welcomes artists, and which provides an environment and culture that inspires those artists. This has been true whether we’re talking about painters, authors, filmmakers or, in this case, digital artists and storytellers.”

Prochazka said the rebate program is a key reason the company chose New Mexico. But, he said, Las Cruces felt like a good match for the Ganymede team that values the outdoors and an affordable, high quality of life.

“Ganymede creates worlds that inspire exploration, adventures that spark curiosity, and unique gameplay that respects your time and busy lives. We promise to craft experiences you will want to share with others both in-game and out-of-game,” said Prochazka.

Click here to read the press release from the State of New Mexico.