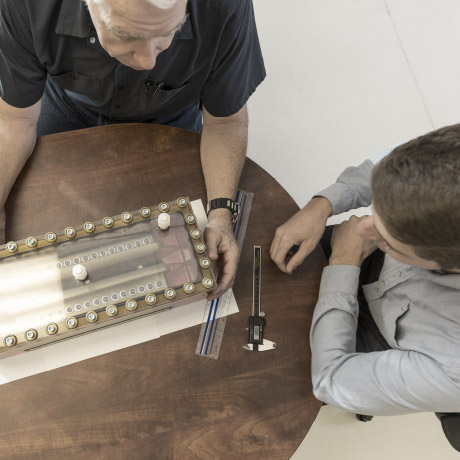 January 16, 2020 – Keeping with its theme of recent rapid growth, Verus Research is expanding at its Uptown office.

Verus Managing Director Hank Andrews confirmed to Business First his firm will expand to 27,000 square feet at 6100 Uptown Blvd. NE and occupy the building’s seventh floor, likely by the end of the year, as the new lease begins in September. Verus currently operates out of 12,700 square feet and the second floor of the building. The deal closed in December.

Andrews said the space was needed as the firm is expanding fast and needed more space to grow. The additional space allows Verus to become more flexible at its other offices, which were filling up with its technology and employees. In addition to its Uptown office, Verus has three other spaces in Albuquerque and occupies about 56,000 square feet across town, Andrews said.

Rob Powell of Resolut RE, formerly known as Retail Solutions, represented the tenant, while Marguerite Haverly and Jason Lott of CBRE represented the landlord in the deal.

Between 2015 and 2017, Verus saw revenue growth of over 322 percent, according to our List of New Mexico’s Fastest-Growing Companies. Andrews previously told Business First the firm expected $16 million in total revenue during its last fiscal year, a third more than it saw during the previous year. Verus has 88 employees and plans to hire another 10 before the end of September.

Verus provides a wide range of services including modeling and simulation architecture, tactical systems development and testing and strategic systems engineering. Its clients include NASA, Lockheed Martin and Sandia National Laboratories, according to Verus’ website.

Resolut RE ranked No. 13 on Business First’s list of largest commercial real estate firms with $21.83 million in commercial transaction volume in 2018. CBRE ranked No. 1 with $1.03 billion during the same year.