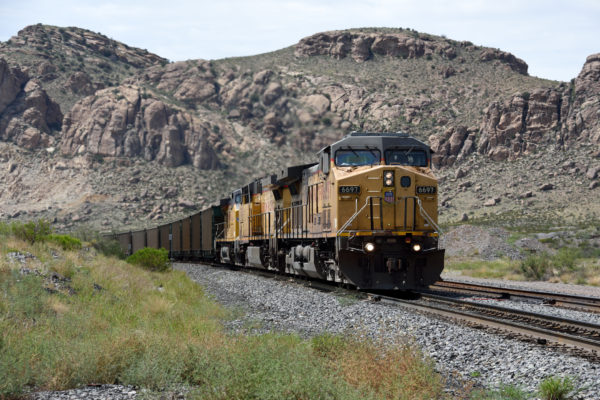 November 20, 2019 – Researchers at the University of New Mexico have come up with a new high tech way to move people and cargo more safely.

It’s not your average drone. “It has four sensors on it, the main one is this laser,” says Roya Nasimi.

Researchers at UNM say thE drone can keep a train full of people or cargo from going off the tracks. They want to use the aircraft to improve how railroad companies inspect aging railroad tracks and bridges across the nation.

“Their main concern is safety of the inspectors. They have time and expense problems and with this, just with my project is done, there is no need for any of those things,” Nasimi says.

Civil Engineering Assistant Professor Fernando Moreu says he worked for a railroad company in Chicago for 10 years. “I was working with them on bridges and I noticed they needed some help on their inspections,” says Fernando Moreu.

He says those inspections are a top priority for railroad companies because faulty bridges can lead to train derailments. “They go and touch the bridge under the train to see if it’s moving too much,” Moreu says.

So, he and student Roya Nasimi have developed algorithms that measure bridge irregularities. “The drone will approach the bridge without the person…and you can just wait for your train and collect the measurement in a few minutes and you are done,” Moreu says.

He says the technology is not only safer, but it will also save inspectors time. “With these sensors, we can tell you if it’s half an inch, quarter of an inch, which is no good,” Moreu says.

For now, their research is focused on bridges, but they plan to expand. “We’re looking not only into trains but tracks, rock, rail,” Moreu says.

The group will present their research to the Transportation Research Board next month in Washington D.C.