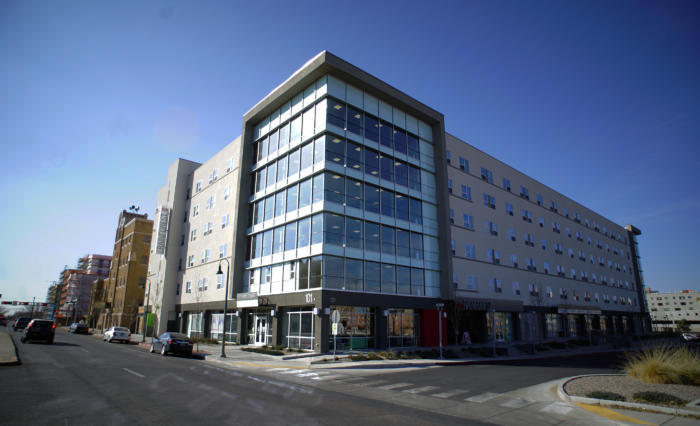 November 23rd, 2020 – With COVID-19 still raging and New Mexico under new lock-down orders, a silver anniversary bash is off the table for the University of New Mexico’s Rainforest Innovations.

But the university’s technology transfer and economic development program has a lot to celebrate after 25 years in operation, UNM President Garnett Stokes told Rainforest enthusiasts in an online Zoom celebration Tuesday.

“Rainforest Innovations has become one of the key drivers for the state’s economic engine,” Stokes said. “It’s supporting brilliant minds to come up with unconventional solutions to solve complex problems.”

Launched in 1995, the tech transfer program has evolved immensely over the years, growing from a two-person operation focused on taking university inventions to market into a 22-member catalyst for broad entrepreneurial development in the heart of Albuquerque. It’s provided critical leadership and support to build Innovate ABQ, the high-tech research and development hub at Central and Broadway Downtown that now represents the epicenter of Albuquerque’s startup economy.

That Innovation District encompasses a lot of public and private partners, including the state’s research universities, national labs, government entities and business organizations that come together there to collectively pursue entrepreneurship as a motor force for individual and community growth. And Rainforest Innovations is at the center of it, housed in UNM’s six-story Lobo Rainforest Building that opened in 2017 on the seven-acre Innovate ABQ campus, where it works to nurture cutting-edge creativity, Stokes said.

“It’s always looking to make human connections, encouraging networking and bringing people together,” Stokes said. “… And through it all, it’s making our state a much more attractive place for our leaders of tomorrow.”