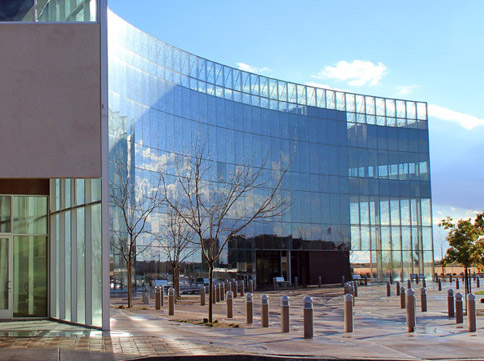 April 21, 2019 — The University of New Mexico has revamped its film and digital arts program amid the demand of film and television productions in the state.

The school announced this month it will offer new degree plans in the Department of Film and Digital Arts that will allow students to focus on film production, gaming and animation, or criticism. The department is also offering new minors in each of these areas.

Department chair James Stone said the changes were needed after Netflix announced it would be purchasing Albuquerque Studios and the state saw another increase in film production. “We want people to be able to focus on their main interests,” Stone said in a statement. “At the same time, there is this tremendous opportunity to work across the disciplines.”

The department also is introducing new classes such as acting for the camera, directing, set design and construction, practical special effects and expanded coursework in screenwriting. In addition, the Department of Film and Digital Arts changed its name from the Department of Cinematic Arts.

Cinematographer Barry Kirk and screenwriter Matt McDuffie will be among the professionals to teach in the department.

“Along with a revitalization of the state’s film production program and New Mexico State University’s Creative Media Institute, UNM’s establishment of a Film and Digital Arts Department reclaims New Mexico’s position not just a national leader in production, but in education and development of these ever-evolving technologies and applications,” Witt said.

Amber Dodson, Albuquerque’s film liaison, said the Albuquerque Film Office is thrilled about the changes at the state’s largest university.

“Film and TV are critical components of the creative economy in Albuquerque and it’s imperative that targeted education programs be in line with the skill needs in order to develop the future workforce, and support the existing workforce of this thriving industry,” Dodson said.

Officials said the production will employ approximately 375 New Mexico crew members and 200 actors from the state.