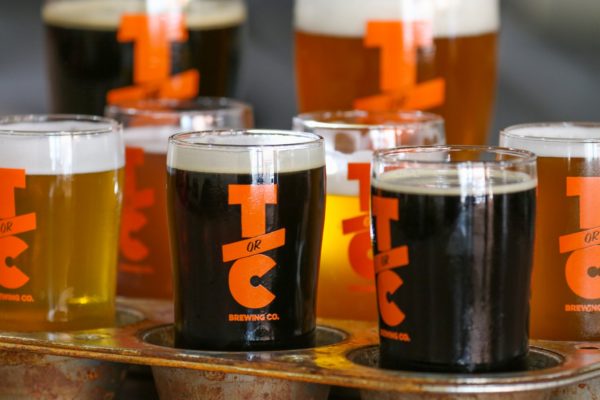 February 10, 2020 – Truth or Consequences Brewing Company’s Las Cruces taproom, at 2001 E. Lohman Ave. in the Arroyo Plaza, celebrated its “soft opening” on Wednesday, Feb. 5. Though only announced on Twitter, by mid-evening it was difficult to find a seat. Several members of the local microbrewing community — waiters, managers and brewers — stopped in to wish the new business luck and offer support.

Masterson said that one of the things he has most come to appreciate about the brewery scene in Las Cruces is the genuine camaraderie between breweries.

The Arroyo Plaza location was the first Masterson and Blaue were shown, he said. After viewing potential locations all over the city, they determined it was the only one that checked all the necessary boxes.

“We will always have 10-plus beers of ours on-tap here,” he said. “But we invite everyone in Las Cruces to come visit ‘the mothership’ in Truth or Consequences, where we always have all of the seasonals and all of the experimentals.”

“I just want to encourage people to come and check us out,” added Keyes. “Have a conversation and a beer.”