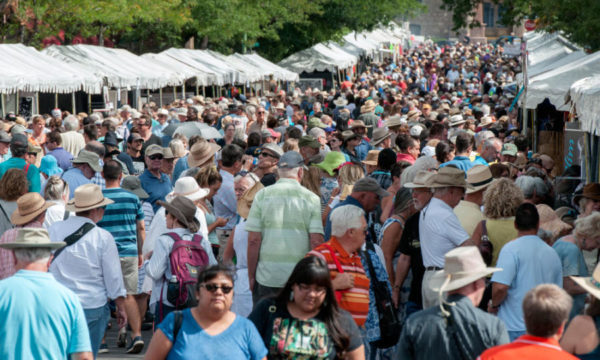 October 10th, 2018 – Gov. Susana Martinez announced today that the state’s tourism industry had a $6.6 billion impact on the New Mexico economy in 2017, described as the largest in state history.

At a news conference, the governor called tourism as “a key economic driver” and said the $6.6 billion number represents a 3.2 percent increase from the year prior. Tourism’s economic impact has grown for the past seven years consecutively, she said.

“The more people visiting our beautiful state, the more dollars go into our communities,” Martinez said in a statement. “This means more jobs and better opportunities for New Mexican families.”

Among the other data cited by the governor:

In her remarks at the news conference, the governor attributed much of the growth to the New Mexico True marketing campaign, which launched in 2012. Tourism Department Cabinet Secretary Rebecca Latham said the state has spent tens of millions of dollars on the campaign since its inception. New Mexico True advertisements are used by the tourism department as well as other departments such as economic development.

Asked to what extent the economic impact increase can be attributed to improvements in the state and national economy versus the campaign, Latham said both elements are part of the equation.

“Economic health is important, because when times are tough you’re not thinking about taking trips,” said Latham. “But it’s also about the continued investment in the New Mexico True brand. We’ve found that it had a seven-to-one return on investment.”

Latham said that the $6.6 billion figure is direct spending by tourists, and if one takes into account indirect spending – such as business-to-business transactions that take place as a result of direct tourism spending – the sum is closer to $9 billion.