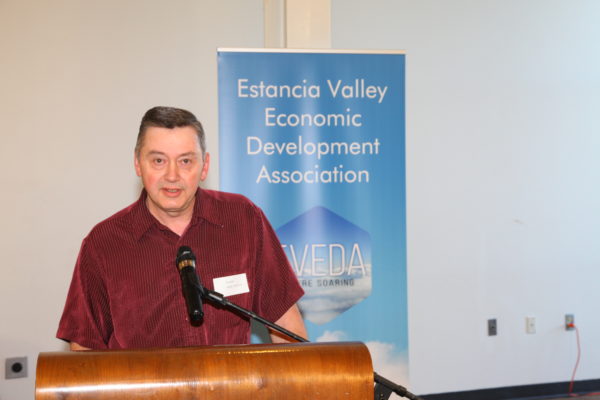 June 17, 2019 – Three businesses, including a pipe manufacturer, transportation business, and aerospace company plan to call Moriarty home in the next year and a half.

Moriarty Pressure Pipe, which manufactures large steel, concrete and plastic pipe for renewable and water projects throughout the Southwest, will build a 300,000 square foot plant and employ as many as 120 people.

The plant is anticipated to generate approximately $122 million in payroll over the next 10 years, according to recent impact data compiled by New Mexico Economic Development Department.

“This is a huge jobs and manufacturing win for our Estancia Valley communities and will entice substantial growth for the region,” said Myra Pancrazio, EVEDA’s executive director, in a news release.

In addition, Moriarty Mayor Ted Hart announced that aerospace company Sceye Inc. will be relocating to the Moriarty Aerospace and Aviation Facility. The company’s relocation from Roswell will bring 42 research and development aerospace jobs to the region, he said.

The city of Moriarty and EVEDA worked with Sceye to find the company the right location, Pancrazio said.

“We are very excited to have this high-tech aerospace company as a part of our valley and look forward to working with the company and Mesalands to develop specific skills education for the company within our high schools,” Pancrazio said in a statement.

The newly renamed Moriarty Aerospace and Aviation Facility is 59,000 square feet and has a 39,000-square-feet state-of-the-art manufacturing area and features other amenities including two clean rooms, a paint room, composite space, 20,000-square-foot research and administration area, cafeteria, meditation room, and a kennel for pets, officials said in a news release.