This is the No. 1 State for Retirees — and it’s not Florida 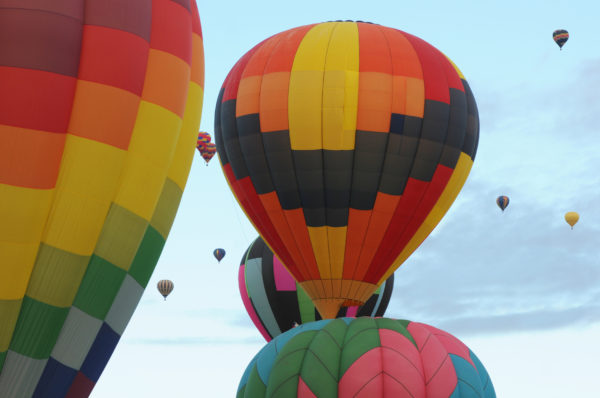 Data released by United Van Lines — which tracked customers’ state-to-state migration patterns in 2018 — found that New Mexico was the No. 1 state where retirees moved. More than four in 10 (43%) moves to New Mexico were related to retirement, the moving company found, and nearly six in 10 people who moved to the state were between the ages of 55 and 74. This was the first time New Mexico landed in the No. 1 spot.

Meanwhile, Florida took the No. 2 slot with 39% of the moves to the state related to retirement. It was followed by Arizona, South Carolina, Idaho, Maine, Vermont, Nevada and Montana, in that order.

Of course, the United Van Lines analysis is just one way to look at retirees’ moving patterns, and when you look at sheer numbers, Florida still reigns supreme. Data from the Census Bureau that personal finance site Smart Asset analyzed shows that in terms of net migration, Florida is the No. 1 spot for retirees, with 84,600 more retirees moving to Florida than leaving. It was followed by Arizona at 28,600 and North Carolina at 15,600.

Still, there’s a compelling case to be made for retiring to the Land of Enchantment. For one, New Mexico is affordable with a lower than average cost of living, median home prices under $200,000 and a tax environment that is moderately friendly to retirees.

“For seniors (age 65 or older) there is an $8,000 deduction on retirement income if the household Adjusted Gross Income (AGI) is less than $28,500 for single filers or $51,000 for marrieds filing jointly,” SmartAsset writes. Plus, “New Mexico has some of the lowest property taxes in the U.S., with an average effective rate of 0.76%. Sales taxes are 7.55% on average, but exemptions for food and prescription drugs should help seniors lower their overall sales tax bill.”

And then there is the state’s renowned natural beauty, which Georgia O’Keefe once described to a friend, writing: “I wish you could see what I see out the window—the earth pink and yellow cliffs to the north—the full pale moon about to go down in an early morning lavender sky . . . pink and purple hills in front and the scrubby fine dull green cedars—and a feeling of much space—It is a very beautiful world.”

You’ll also enjoy a rich array of cultural offerings, a vibrant art scene, world-class hiking and plenty of sunshine. And you have your choice of a variety of compelling spots to retire to — as Marketwatch reported here in its best places to retire in New Mexico list — like Santa Fe, Las Cruces and Taos.