The Paleta Bar Reveals Plans for Expansion to Santa Fe 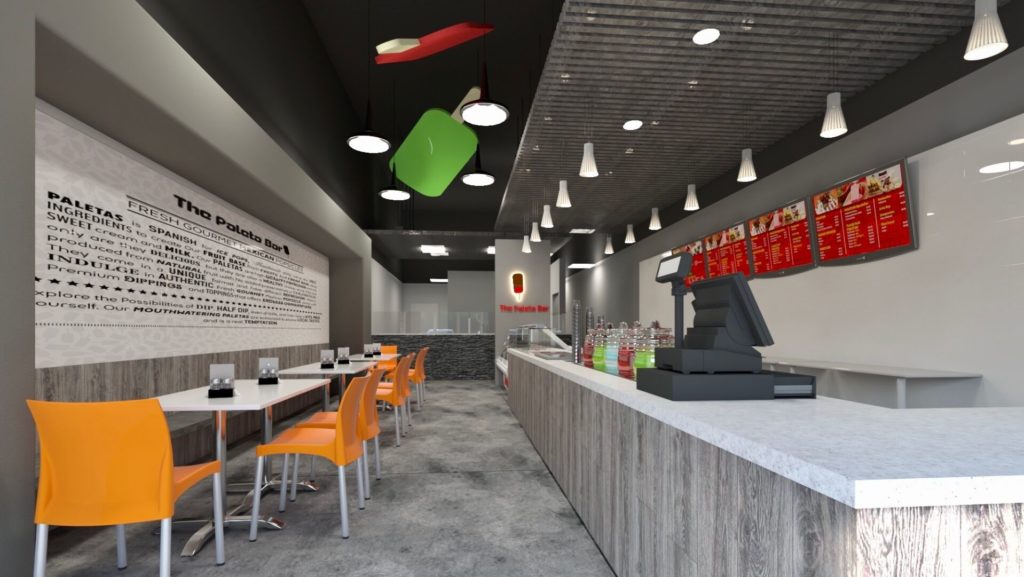 The quickly growing Paleta Bar — an Albuquerque-based chain that sells Mexican popsicles dipped and topped with an assortment of treats — hopes to open its first Santa Fe outlet in October in the midtown College Plaza shopping center at Cerrillos Road and St. Michael’s Drive.

The project is part of a major expansion of the chain that could include dozens of stores in neighboring states and even some overseas.

“By next year, we could have 40 locations,” co-founder Claudius Dipo Alam said.

Three partners founded the Paleta Bar in 2017 with one store on Albuquerque’s San Pedro Drive. The chain now has 12 stores, mostly in Albuquerque and its suburbs, but also one each in Las Cruces and Escondido, Calif.

The business makes all of its paletas in house, with up to 17 flavors. The popsicles can be dipped in either milk, white or dark chocolate and covered with a choice of a dozen toppings.

Work is underway for the first of several Paleta Bar stores planned in El Paso and two new stores in Albuquerque.

The business also has licensing agreements in the works for stores in Arizona, Colorado and San Antonio, Texas, and Alam is working on expanding to his native Indonesia and Singapore.

The Paleta Bar founders own four stores in Albuquerque and are in a joint venture in Escondido with former Albuquerque residents. Seven license-holders operate the other stores.

The Santa Fe location is owned by a partnership headed by John Ortiz, the chain’s first license-holder, who also has Paleta Bar stores in Los Lunas and Rio Rancho. His partners are his wife, Veronica Ortiz, and Marcus and Yesica Palafox.

Ortiz first opened a store in Rio Rancho in October, followed by a Los Lunas store in January.

“I was eyeballing Santa Fe when I signed the licensing agreement for Rio Rancho and hoped to do something there,” he said. “I got serious about Santa Fe in September.”

He hopes to open his Santa Fe store in the College Plaza space next to Pho Ava.

“It’s centrally located but not too close to downtown,” Ortiz said, adding he is keeping an eye on the redevelopment of the nearby midtown campus, the city-owned former college campus.

“Santa Fe is a market we were trying to hit for a couple years,” Alam said.

The College Plaza location is “the center of everything,” he added. “We are going to do amazing in Santa Fe. We can open up two or three more locations.”