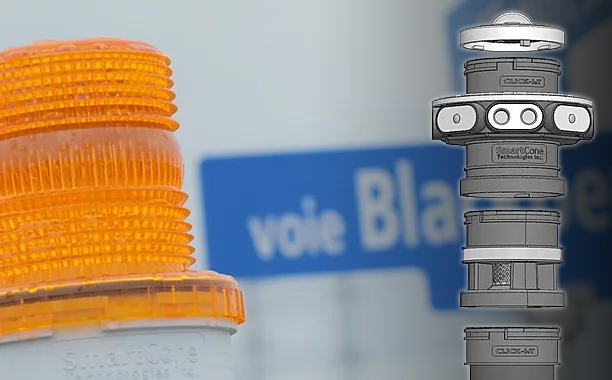 February 28, 2020 – After a successful pitch for an internet of things platform showed viability in the world of commercial space, tech startup SmartCone Technologies has expanded to Albuquerque.

SmartCone Founder and CEO Jason Lee said his team “fell in love with the area” and was impressed by Albuquerque’s tech community during their time in the Hyperspace Challenge, an accelerator program put together by ABQid, CNM Ingenuity and the U.S. Air Force.

The startup has created a technological platform which provides networks with data from various types of detection methods and tools — video cameras, motion sensors, seismic activity, facial recognition and others — according to its website. The customer base includes those with a need for logistical and transportation solutions, Lee said.

Launched last year, the Hyperspace Challenge sought to bring together startups and government customers to find emerging technologies that could be used alongside small satellites to make space more accessible. Participants met with officials from the Air Force Research Laboratory, the Naval Special Warfare Command and NASA, a program news release says. In November, SmartCone placed second in the challenge, and secured a $10,000 grant.

The startup has maintained an office at AFRL in Albuquerque, and plans to grow its local team of three to between five and seven in the next year, Lee said. SmartCone hopes to expand out of AFRL, he said.

The five-year-old company is already profitable. Its revenue grew about 400 percent in the past year, Lee said. Its global headquarters is located in Ontario, Canada, with additional offices in San Diego. It developed three patents and has purchased nine more, he said.

Lee’s company also oversees a sister organization called AutoGuardian. It offers what it calls “intelligent infrastructure,” or technical solutions aimed at improving traffic flow and the safety of streets and intersections.

AutoGuardian’s automated shuttles will be showcased at this year’s North American International Auto Show in Detroit, according to a NAIAS news release.