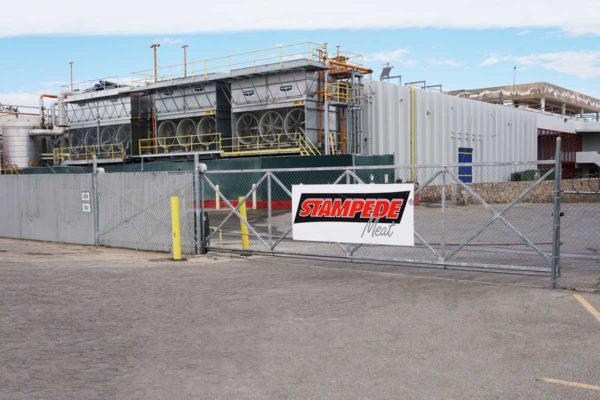 December 7th, 2018 — Stampede Meat intends to drive growth with the opening of its new processing facility in Sunland Park, New Mexico. The company recently celebrated the grand opening of the plant with a ribbon-cutting ceremony attended by New Mexico Economic Development Dept. Cabinet Secretary Matt Geisel and local dignitaries — as improvements to the structure continue.

Stampede will invest $36 million in the former Tyson Foods facility. The company expects to increase its existing 285,000-sq.-ft. and 190 million-lb. capacity by more than half over the next year. Over the next five years, the expansion will create 1,295 new food processing and manufacturing jobs.

The company said products manufactured in the Sunland Park plant will be distributed across the United States and into Canada and South America.

“We are poised to have our single largest sales growth in our 24-year history, due in no small part to this critical investment. But make no mistake, it was a herculean effort made by a great many individuals to arrive here today,” said Brock Furlong, Stampede Meat CEO and president. “This expansion creates a platform for immediate growth.”

The facility will be deploying at scale a proprietary 360-degree fire-seared, sous vide process, which we developed over the last three years,” Furlong said. “This new capability is not only immediately needed to facilitate current customer contracts and commitments heading into 2019, but it will also open up many new customer doors.”

Stampede expects Phase 3 of the expansion to begin early in 2019. Upgrades will include a clean room for post-cook lethality processing. At full capacity, Stampede expects the facility will support $300 million to $400 million in incremental topline growth.

Recruiting at the facility began in the fall. Furlong said Stampede will ramp up to two shifts as soon as mid-January. “To put that in perspective, many facilities run for years prior to adding a second shift,” Furlong explained. “We will run for about five to six weeks before the necessity will kick in.”