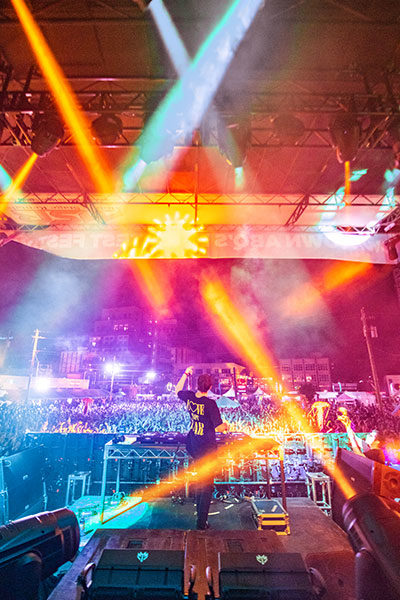 September 30, 2019 – One of the largest citizen-organized events in Albuquerque returned for its third year Saturday night.

SOMOS ABQ hosted hundreds of local collaborators in downtown Albuquerque. “We’re really trying to give our people a pride of place, so we really focus on a genre that will bring the university crowd but if you look around, it’s a very diverse crowd,” Chris Schroeder, organizer of SOMOS ABQ said.

Saturday’s festivities included plenty of vendors, games, food, music from local and national bands, and even a pep rally for the New Mexico United. “When you get out here, expect some New Mexico vibes and come ready to have a good time with everybody. There’s just a lot of culture, so it’s pretty unique,” said Justin Lopez, who attended the event.

More than 25,000 people went to last year’s event and organizers estimate an even higher number this year.

SEE THE FULL ARTICLE AT KQRE