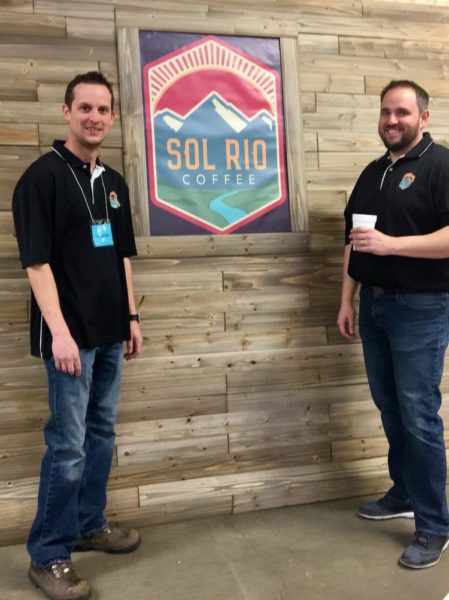 January 28th, 2019 – After hinting at starting a new company a year and a half ago, Allen Bassett’s new business will open Friday.

The former president of New Mexico Pinon Coffee is launching a standalone Sol Rio Coffee shop in Albuquerque’s Sawmill District. Sol Rio’s grand opening will give customers a behind-the-scenes look at its coffee’s roasting process, along with a question-and-answer session. Bassett, a 40 Under Forty alum, is currently the lone employee for his new venture, he told Business First on Thursday.

The first 200 people who attend the grand opening from 9 a.m. to 5 p.m. will be able to fill a bag with coffee from the roaster for free, according to a release.

“We’re excited to be in the Sawmill District and bring a little life to the area,” added Jonathan Priest, Bassett’s business partner, in a statement.

Sol Rio sells wholesale packaged coffee blends and origins with an emphasis on all-natural, organic fair trade coffee. When Bassett and Priest first came up with the concept, they thought about how a business could be even more involved locally with its community, according to previous Business First reporting.

Bassett and Priest closed on a 7,200-square-foot property at Eighth Street and Bellamah Avenue in the Sawmill District in January. There, they will roast and package beans as well as have a small retail shop in the front, which is capable of producing and distributing 1.2 million pounds of coffee. The grand opening was originally scheduled for late May.

“Coffee is such a daily staple in so many lives we had to find a fit that made sense. Going with organic blends and flavors seemed obvious and gives us the vehicle to impact the local community as we continue to grow,” Bassett said in a statement.