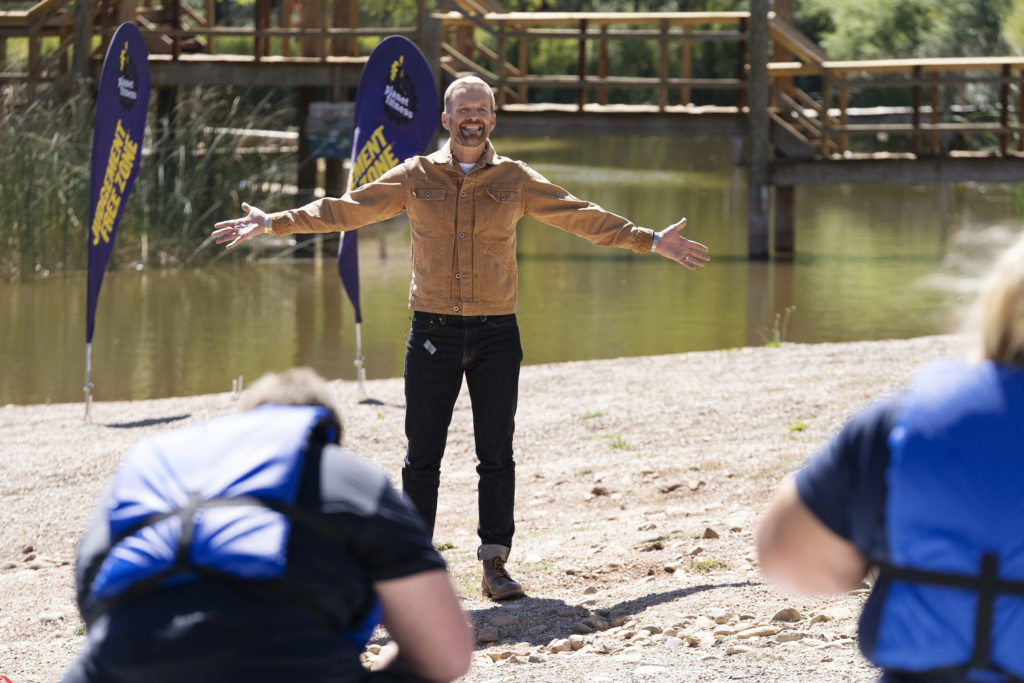 May 8, 2020 – New Mexico has long been blazing trails in the film industry.

From the first documentary – “Indian Day School,” filmed in the state in 1898, to its gold standard film incentives – between 25-30% rebate on New Mexico goods and services – the state has been ahead of the curve.

As discussions continue about when and how productions will come back in the coming months, eyes are on how USA Network’s “The Biggest Loser” was filmed.

The competition series filmed at Glorieta Adventure Camps just outside of Santa Fe, where production was secluded inside the grounds.

“It’s a self-contained compound on a few thousand acres,” said Eric Witt, a line producer on the series. “It had everything we needed, and we could construct our sets to be done in smaller, practical locations.”

“It’s been a discussion point that there will be smaller sets,” Chianese said. “(Having this type of set) is a great way to get people back to sets.”

Having Glorieta Adventure Camps as the home base made it possible to construct and execute the daily challenge.

“Because this camp was so large, it had different facilities,” Witt said. “We were a self-contained entity. We sequestered the cast. On those occasions that we were there for nights, there were accommodations.”

Witt said it could become a model that would fit many productions.

“We needed to have the production isolated,” Witt explained. “We were in striking distance of Santa Fe if there were any medical emergencies.”

New Mexico has been a hot spot for film for the last decade, and most recently Albuquerque hosted Deadline’s “Hotspots” that brought industry insiders to the Land of Enchantment for the conference.

In the last two fiscal years, the direct spend in the state backs up the praise.

Dodson said discussions are taking place on procedures to be set in place when productions are given the green light to begin.

“I would like to think that New Mexico is on the forefront of bringing everyone to the table,” she says. “We’re more about doing something smart and strategic. The safety and health of our workforce is the main goal.”

Voorhees was in the middle of pre-production when his next feature film was shut down.

The film’s production will take place in New Mexico, Arizona and Mexico.

Voorhees’ production will begin in Mexico and then be broken up into smaller crews in order to keep everyone safe.

“We’ve had to invert our schedule,” Voorhees said. “We’ll start there and then do 20 days in New Mexico and 10 days in Arizona.”

Witt said New Mexico also has an advantage over other states when it comes to film.

“The population density of New Mexico is very low,” Witt said. “We have just under 2 million people. More people live west of the 405 in LA. When you split your production into various segments, it’s easier to maintain safety practices and social distancing.”