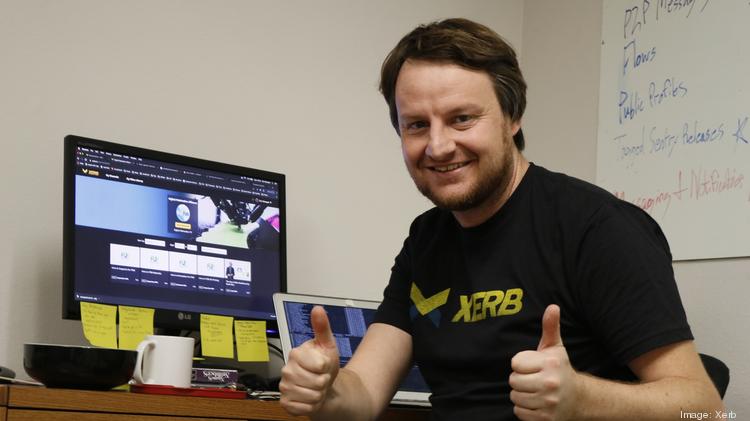 August 3rd, 2020 – At a time when Covid-19 makes large in-person events impossible, a New Mexico tech company has found a niche that seems to have paid off.

Four years ago, Santa Fe-based Xerb started a streaming service for independent filmmakers. But a month into the pandemic, Xerb started to offer similar services for film festivals and other events that needed to move online. The strategy has paid off.

Xerb’s platform users have grown from about 1,500 before April to more than 9,000 now, said CEO Eric Streeper. The 500 percent increase is reflected in the company’s revenue. Whereas before the pandemic the company was making less than $1,000 per month in revenue, it now records about $20,000 per month, Streeper said.

The Santa Fe Film Festival plans to use the platform to stream the films featured in next year’s festival, said SFFF Chair Nani Rivera.  Another client is the Haiti International Film Festival.

The festival traditionally hosts an in-person event in Hollywood to showcase art and films from the Haitian community and promote cultural diversity in art. But the organization had to rethink its in-person gathering planned for this year. It turned to Xerb for its first virtual showing, which is set to take place August 15 and 16.

“We just liked the model of Xerb and how they helped independent film makers and creators,” said Jacquil Constant, executive director of the Haiti International Film Festival.

The founders of Xerb say their platform provides a direct way for independent filmmakers to generate subscription revenue. The company makes money by taking a percentage — usually between 10 and 15 percent — of the profit made from subscriptions to content creators and event ticket sales, Streeper said.

The platform is different from YouTube, one of the larger platforms for independent filmmakers, because subscribing to a content creator costs money.

Moving forward, Xerb hopes its newfound growth will result in the expansion of its workforce. The company is planning to hire for its customer service and business development departments. The company currently employs five in Santa Fe, one in Albuquerque, one in Farmington and another in San Francisco, Streeper said.