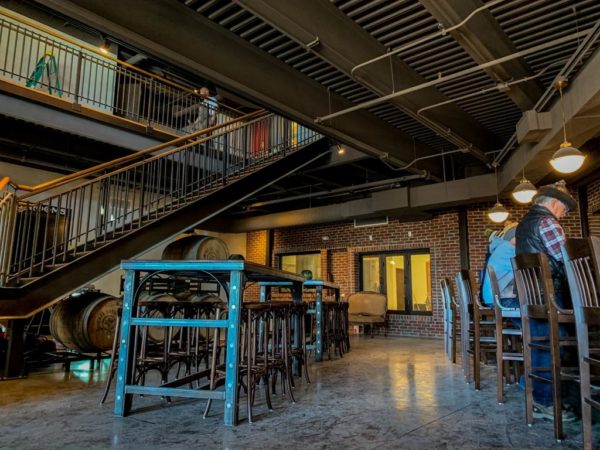 December 18, 2019 – The opening of Santa Fe Brewing Co.’s new beer hall and garden on Friday marks a continuation of the company’s efforts to be a destination brewery.

Patrons visiting the two-story, 6,000-square-foot beer hall at 35 Fire Place will be met by 32 taps and memorabilia commemorating the brewery’s history of more than 30 years. Windows across the facility provide a glimpse of the production process from beginning to end, as well as views of the beer garden and mountains nearby.

The completion marks phase two of an expansion, said Brian Lock, owner and president of the brewery. It cost about $5 million, he said.

The 60,000-square-foot beer garden will also open Friday but the brewery will continue to touch up the area over the coming months. The garden will have a fire pit, space for outdoor games and a food truck that will have the brewery’s menu.

View the accompanying slideshow to get a sneak preview of Santa Fe’s newest beer hall.

Friday’s grand opening will be the first of two taprooms the brewery will open in the coming months. A second taproom is planned to anchor the Tin Can Alley project in Albuquerque, which is expected to be completed in early 2020, according to previous Business First reporting.