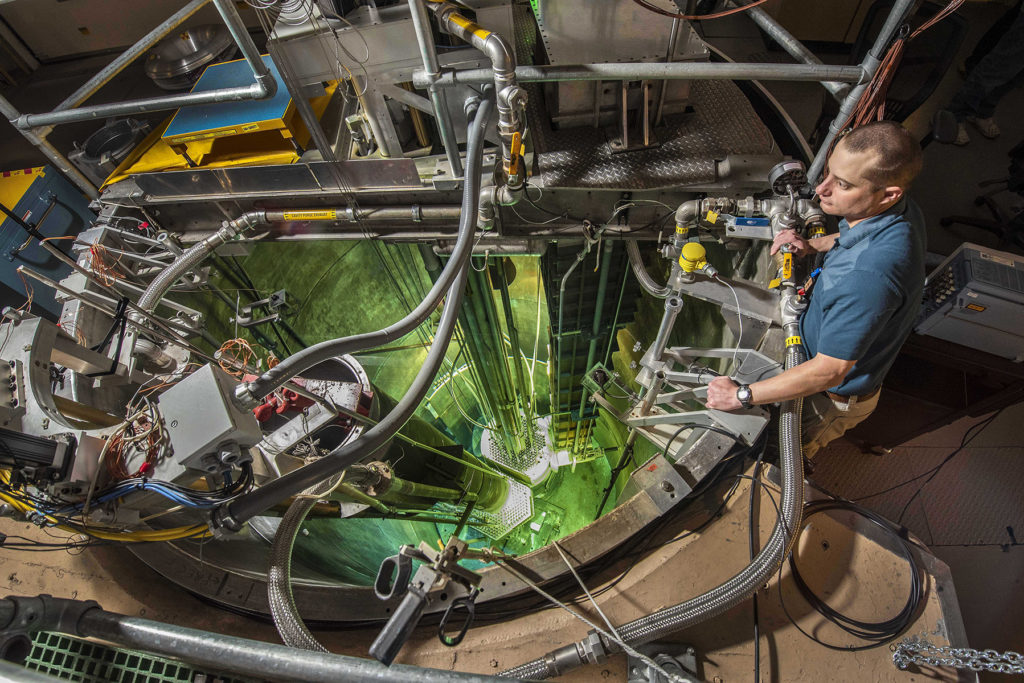 May 12, 2020 – A male fertility system, hydrogen fuel cell technology used to power ferries and a small reactor that will produce medical isotopes are among technologies that evolved from work at Sandia National Laboratories and are now being developed commercially.

“Each year they run an awards competition to identify the best of the best,” said Jackie Kerby Moore, Sandia’s manager of Technology and Economic Development and the labs’ consortium representative. “It’s a highly competitive process.”

There were 87 nominations from about 300 federal labs, with 32 winners. Kerby Moore said having four winners “is not typical.”

The labs won a new award, the Impact Award, for Sandstone Diagnostics’ development of the Trak Male Fertility Testing System. The company is a spinoff from the labs. Former Sandia inventors Greg Sommer and Ulrich Schaff based the system on the labs’ SpinDx technology, “used to detect biological and chemical threats,” Kerby Moore said.

“It evolved into a product on the consumer market,” she said.

“This is something that will meet a need because of the shortage of medical isotopes,” Kerby Moore said. “It can also be an economic driver in southern New Mexico.”

Building the reactor is important because it represents new capacity to replace a limited number of aging reactors in the world that produce a short-lived isotope that can be used to make individual patient doses, Eden Chief Operations Officer Chris Wagner said in a news release.

Sandia business development specialist Jason Martinez also received the Outstanding Technology Transfer Professional Award for developing a strategy for the labs’ Cooperative Research and Development Agreements, which allow the labs and the Department of Energy to collaborate with non-federal entities, including companies and universities.

Martinez said told the Journal was surprised and humbled when he found out he won the award.

When he first arrived at Sandia, he said there was a gap in Sandia’s ability to partner with non-federal entities. At the time the labs had CRADAs with only 19 to 20 non-federal entities a year. Martinez wanted to come up with a way to make it easier for collaboration without compromising the labs security missions.

He said the labs now have 165 active CRADAs. Since Martinez developed the labs’ current strategy, Sandia has been averaging 30 new CRADAs a year. The labs have had more than 40 the last two years.

Martinez hopes Sandia’s CRADA strategy will serve as a model for DOE labs.