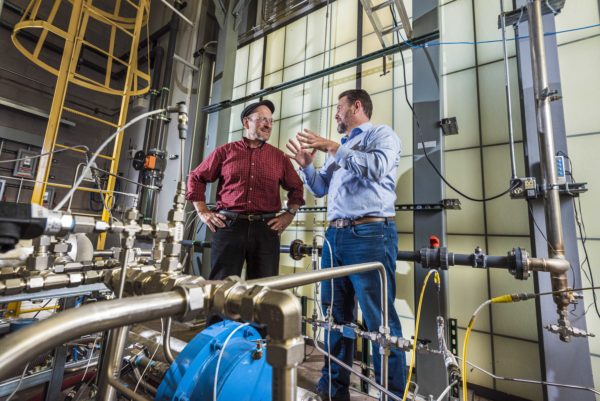 Officials said meeting that benchmark proved to be a challenge.

“In our quest to hire high-caliber, diverse talent, Sandia competes with companies such as Google, Facebook, Microsoft and startups. The national unemployment rate is at its lowest since 1969, making this one of the most competitive hiring environments in recent history,” said Senior Manager of Talent Acquisition and Human Resource Strategies Carol Manzanares.

Over 40 percent of last year’s hires had attended a New Mexico educational institution, according to Sandia spokeswoman Kristen Lee Meub, who did not say whether most of those workers hailed from inside or outside the state. A total of around 1,900 positions were filled as part of the hiring push.

Meub said the jobs hired for included electrical, mechanical and computer engineers, computer scientists and cybersecurity professionals. The lab was also reportedly seeking information technology, project management, operations, business development, environment, safety and health professionals when it made the announcement in May.

The hiring round was a significant uptick from recent years, with 643 new jobs added in 2018 and 170 added in 2017, according to Business First reporting. Sandia plans to maintain the size of its workforce this year, and about 800 positions are expected to be hired across all locations due to attrition. The lab has over 14,000 workers across all its U.S. sites, more than 12,000 of whom are local. Its main campuses are in Albuquerque and Livermore, California.

Sandia’s mission includes working on national security issues and developing advanced technologies, and its increased staff growth last year was due to nationwide efforts to upgrade the country’s nuclear arsenal and other missions. The lab had $1.16 billion in New Mexico payroll from September 2017 to October 2018.