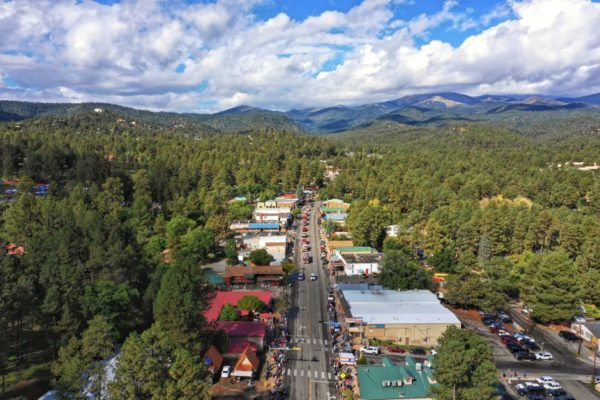 December 3, 2019 – The more you travel to big destinations and famous cities, the harder it gets to appreciate them. You can’t really hate on world-class chefs and major league sports, but after you’ve lugged your suitcase up enough subway stairs and drained your bank account on $18 cocktails, you start thinking that small towns might have just as much to offer. And, for short stays, many of them do.

Of course, smaller hotspots rarely stay small for long. Tiny cities like Portland, Maine, and Boulder, Colorado, are just as crowded during peak season as their more populated neighbors, and some small towns that ended up on this list in previous years — like Bend, Oregon, and Greenville, South Carolina — are now household names. So where in this big country can you still have a great time with no crowds, no price-gouging, and a whole lot on offer this coming year?

Each of these 25 towns, all with populations under 100,000, offers something special and has come into its own as a destination of late. Whether you’re looking for untamed wilderness or sandy beaches, deep history or provocative art, craft cocktails or cheap beer, these are the 25 coolest small towns in the US to visit next year.

Ruidoso embodies the warm community spirit that makes for a great small town, and its location in the Sierra Blanca mountains is an added bonus. This seclusion in the hills of southern New Mexico is what makes it so cool. Just when you think the high country had given way to open prairie and ranch land, a sharp left off Interstate 25 lands you smack in the middle of an outdoorsman’s paradise.

Wide-open trail systems, welcoming locals, and North America’s southernmost ski area await. Just down the road, the expansive dunes of White Sands National Monument are ideal for hiking or chilling on the sand as the sun sets over the mountains to the west. Lost Hiker Brewing, operated by a couple that, like most, was drawn to Ruidoso by its expansive outdoors, welcomes you with a cold pint after you’ve found your way back to town.

Historically, Ruidoso’s biggest draw has been horse racing at Ruidoso Downs, but what keeps people around this town of about 8,000 is the easy mix of innovative, homegrown food from spots like Hunt and Harvest, the petit verdot from Noisy Water Winery, and native crafts from the midtown storefronts. That, and the feeling that this place is on the verge of its 21st-century boom as soon as the crowds from up north move past Taos and Santa Fe.