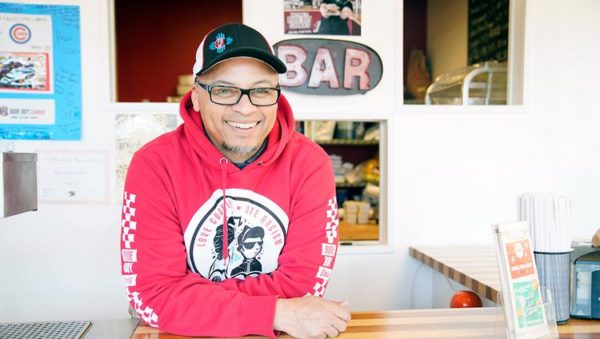 May 29, 2019 – After nearly five years in operation, Rude Boy Cookies has its second home.

Rude Boy held a grand opening at El Vado along Route 66 last week , marking the company’s first expansion since it opened up shop on Harvard Drive near the University of New Mexico in 2014. The grand opening was held about three weeks after Rude Boy’s soft opening at its new location.

Co-owner Mike Silva said he’d been wanting to be part of the El Vado community since it reopened last summer. With food and brewery options but without a dessert tenant, Silva thought Rude Boy would be a good fit at El Vado. He called the response to the grand opening “fantastic” and said it exceeded expectations with the turnout and with the amount of sales.

El Vado, which is located at 2500 Central Ave. SW, features a 22-room boutique motel, a pool, event center, food pods, a local tap room and amphitheater. The food pods are smaller culinary spaces that range from 191 square feet to 495 square feet. Zendo Coffee, Happy Chickenzz and Sandia Crust Pizza Co. are some of the local food vendors at El Vado. The city’s Metropolitan Development Agency purchased it in 2006 for $850,000, according to previous Business First reporting.