Revel Entertainment and Dining Experience to Open in November 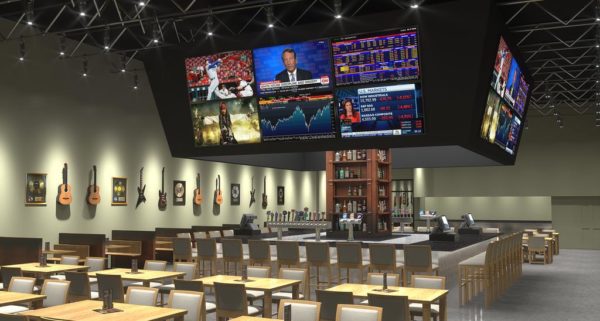 August 19, 2019 – Daniel Chavez is bringing the Uptown Funk (and more) to the Renaissance Center.

The Albuquerque businessman unveiled Friday a $12.2 million entertainment and dining center in the Interstate 25 corridor, taking over a former Sports Authority store at 4720 Alexander Blvd. NE. The project, which will be named Revel, will feature a new Uptown Funk Dueling Pianos bar, a Draft Day Sports Bar, other local restaurants and an entertainment venue across roughly 55,000 square feet. The venue will be able to accommodate seating for 3,200 people, according to a release.

The project is set to open in November. Albuquerque-based Scott Anderson & Associates Architects is the project’s architect and Hart Design & Construction is the general contractor. Upon completion, Revel will employ 50 full-time and 200 part-time workers, according to a release.

“I’ve been doing concerts in Albuquerque for over 30 years, and I know that we are lacking a concert venue of this size. I want to make this a one-stop shop for patrons to enjoy themselves before and after a concert,” Chavez said in a statement. “Nothing like this has been done before so I’m excited to launch this unique entertainment venue in my hometown.”

CBRE’s Kyla Stoker was the broker on the sale and Bank of the West provided the financing, according to a release.

The entertainment scene is set to grow further nearby with the arrival of Topgolf next summer. Dallas-based Topgolf,a $39 million project, broke ground at the southwest corner of Montaño Road and Interstate 25 in February.