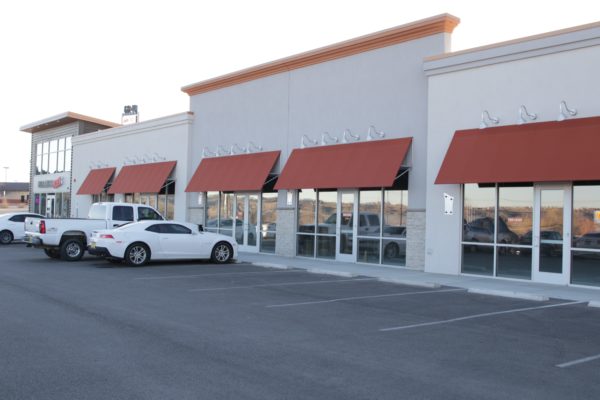 The Bow & Arrow Brewing Co., based in Albuquerque, will be opening the Rambler Taproom on East Main Street in Farmington in early 2020, according to founder, president and CEO Shyla Sheppard. The 1,200-square-foot space, which will feature a seating capacity of less than 30. It will not brew beer on site, but will feature all the Bow & Arrow products that are available at the main location in Albuquerque.

Sheppard runs Bow & Arrow with her partner Missy Begay. Their company has been described as the first brewery in the country that is owned and operated by Native women, and Bow & Arrow has been profiled in publications and web sites ranging from The New York Times and The Guardian to Vice.com and NationalGeographic.com.

The Farmington City Council approved a small brewer 1st off-site location liquor license for the Rambler Taproom at its Dec. 10 meeting. The business will be located in Suite 109 of the GoTo Plaza at 5100 E. Main St., a development best known for its anchor tenant, a Durango Joes Coffee location.

Sheppard said she and Begay chose Farmington for their first satellite operation for a variety of reasons. She noted the existence of the Three Rivers Brewery and the recently opened Lauter Haus Brewing Co. in Farmington, and said both are excellent. But she believes the market here remains underserved.

“I feel like we could really add something to the craft beer scene there in Farmington,” she said. “We brew some styles that are a little different.”

Bow & Arrow has partnered with Navajo Agricultural Products Industry for some of its brewing ingredients in the past, and Sheppard said she looks forward to opening an operation in closer proximity to that company. She said Bow & Arrow also will explore the idea of finding and working with other producers in the Four Corners area.

Sheppard, a North Dakota native who is a member of the Three Affiliated Tribes, also said she and Begay, who is Navajo, like to spend a lot of time in the Farmington area. That made it a natural choice for their second operation, especially since Sheppard said she will be spending a lot of time here to get the taproom open.

READ THE FULL ARTICLE AT THE DAILY TIMES