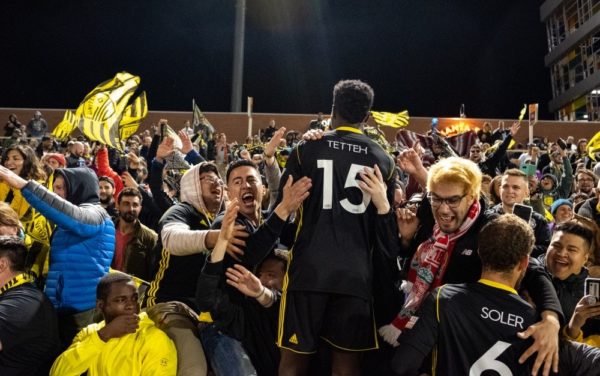 Saturday’s 2-2 draw against Orange County sees Albuquerque’s brand new soccer team rise to sixth place in the Group B standings of the United Soccer League (USL). The top eight from each of the two groups will advance to the playoffs at the end of the season. The teams of the seventh and eight place will do a play-in game at the beginning.

The team picked up their first win of the season last Wednesday with a 2-1 win against the Tulsa Roughnecks at Isotopes Park. United scored two goals within the first 20 minutes, one coming from the Albuquerque-native Devon Sandoval.

While many players have hit the back of the net this season, Spanish forward Santi Moar leads the team with five goals in the campaign so far.

United has also been strong in terms of fan support. Their first match saw them draw 12,896 supporters and a little over 8,000 for their second.

Even though three of United’s matches have ended in a draw, they are one of the seven teams in their group that have yet to lose a game.

Their one struggle has come with their defending, as United have conceded seven goals. That stat puts them as one of the worst in the group in that category.

This is New Mexico United’s first season in their history. They are one of seven expansion teams the USL added this year. Two University of New Mexico alumni play for the team currently.

Their next game will be on March 29 against the Tacoma Defiance in Washington.