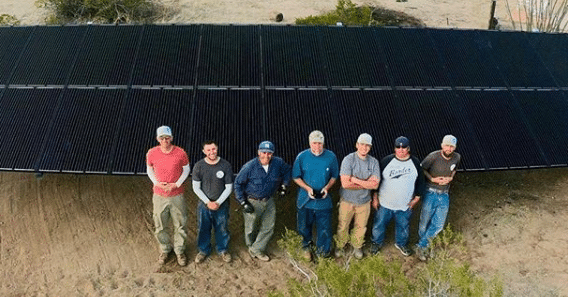 The fast-growing company, which began offering employees a stock option plan in late 2018, closed out last year with about $16.7 million in revenue, officials said — nearly double what it saw the year prior.

Nick Kadlec, CEO of NM Solar Group, attributed much of the continued growth to the employee-owned system, which sets aside money in the form of stock into workers’ retirement accounts. The value of the stock is based on recurring company appraisals, and what flows into retirement accounts comes in addition to salaries. Such programs are often called employee stock ownership plans, or ESOPs.

Ryan Wallace, who founded NM Solar Group in 2015 and has since started similar firms in Utah and Arizona, said offering employee ownership can be a useful tool for growing companies to help retain a positive atmosphere.

“The biggest thing that it’s done is helped maintain that culture as we’ve grown,” he said, adding that offering employee ownership instead of selling the company seemed like “the best strategy for keeping it around a long time.”

There are about 70 employees on NM Solar Group’s roster who qualify for the employee stock option plan, according to Kadlec.

While only a relatively limited number of employers have taken up employee stock ownership plans nationwide, there is a statewide push for it and other employee ownership models underway to New Mexico’s north.

During his campaign kickoff in 2017, then-Colorado gubernatorial candidate Jared Polis vowed to make increased employee ownership of businesses a major goal for his administration. After his inauguration in January of 2019, Polis signed an executive order creating a commission to look at the state’s role in bringing about that goal, according to reporting from the Denver Business Journal.

According to the National Center for Employee Ownership, an ESOP will likely cost $80,000 to $250,000 to set up and run the first year. Each year after that, for companies with less than “a few hundred” workers, the plan could cost upwards of $30,000 annually.