By Robert Roche, via Business Forward 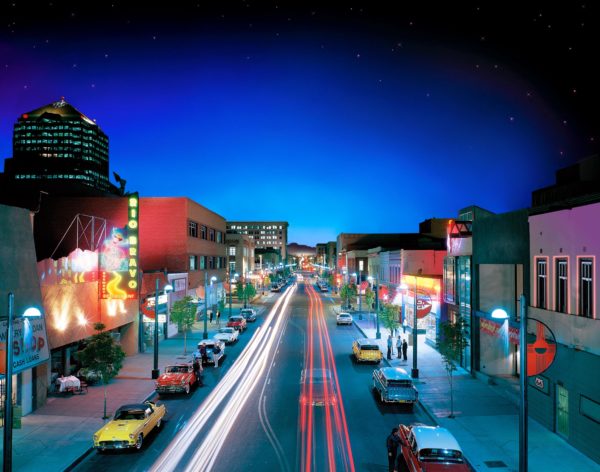 October 18, 2019 – The state of New Mexico is open for business! The country’s 47th state has always offered affordable land, a talented workforce, a competitive cost of living, reasonable tax rates, and rich renewable energy resources – that’s why I founded businesses here. However, the new Governor, Michelle Lujan Grisham, is investing in infrastructure, housing, and workforce development projects that pull these assets together and make New Mexico even more attractive for businesses like mine. Governor Lujan Grisham, Senators Tom Udall and Martin Heinrich, and leaders in the State House and Senate have hung out the “open” sign with their pro-business agenda.

With broad support from the state legislature, Governor Lujan Grisham doubled the amount of money invested in a state program that helps small businesses and startups in New Mexico acquire the capital they need to grow. She more than doubled the incentives for qualified film and television productions filming in New Mexico. Those film crews pump millions of dollars into the state. Increased state-level marketing will also help enhance awareness of New Mexico as a business great place to do business

In response to increasing congestion at our southern border, Governor Lujan Grisham and State Representative Patty Lundstrom (District 9) are working with companies like mine to expand New Mexico’s inland port capacity. They are also investing in workforce development programs that help workers develop skills tomorrow’s jobs will require. To make sure new growth does not negatively impact New Mexico families, they have funded studies on how to increase affordable housing.

Here’s how smart investment in infrastructure, housing, and workforce pay off. Over the past six years, my company, Roche Enterprises, invested more than $40 million in northwestern New Mexico. We developed the Gallup Energy Logistics Park (GELP), a BNSF Railways-certified site, and constructed 11,000 feet of new rail lines. Those rail lines are helping energy companies and other businesses connect to more customers, opening northwestern New Mexico to more growth. As traffic at GELP picks up, my company is adding more capacity and infrastructure, which will attract more business, and so on.

With continued support of development programs, expansion of utilities infrastructure, and construction of light manufacturing facilities, my company could create more than 100 well-paying jobs in the region through new manufacturing opportunities. In today’s increasingly competitive economy, infrastructure, affordable housing, and workforce development bring success – and success tends to lead to more success. If you fall behind, it’s hard to catch up.

And, in response to the rising cost of climate change, state Democrats are promoting clean energy – and positioning New Mexico to take a leading role in solar power. Our government’s support for renewable energy, solar energy investment is rising, and New Mexico is positioned to be a leader. My company is working with one solar company to build a 10-megawatt energy farm in Gallup. Providing low cost, clean energy should encourage more businesses to move here.

Governor Lujan Grisham is also making the case for New Mexico in Washington. Last month, I attended a conference organized by one of Washington’s top think tanks to feature rising governors and promote new ideas for fixing our economy. Lujan Grisham focused on immigration and economic opportunity, selling her plan to transform New Mexico into a mecca of opportunity. She made quite an impression on the crowd, which should lead to more investment.

Yes, New Mexico is open for business. Small businesses drive the economy and elected officials in New Mexico are removing barriers and providing targeted support for entrepreneurship. Governor Lujan Grisham is proof of this, as she is willingly and eagerly collaborating with businesses for enhanced economic development and opportunity for the people of New Mexico.