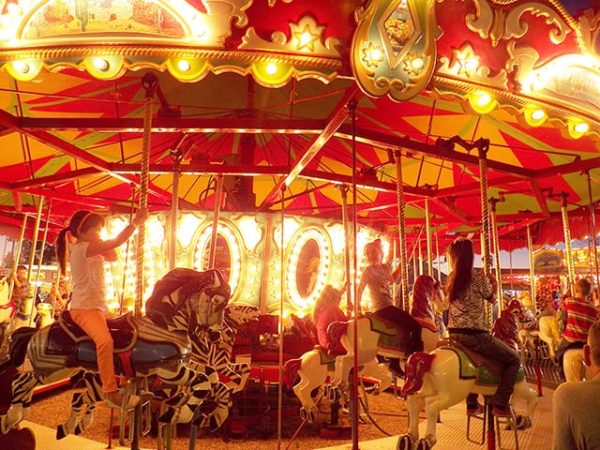 July 22, 2019 – Say the words “county fair” and you’ll get smiles from the older folks and big grins from the kids. The annual county fairs are as American as the record-breaking pumpkin, the blue ribbon for the best pie and the most beautifully grown iris from your neighbor down the street.

Nothing is cuter than watching a 5-year-old kid holding its fluffy prized rabbit, hoping to win against the other kids. There is pride in the eyes of the parents, seeing a tradition continued that is the heart of rural communities.

Where did it all start? Farming and ranching was and is a tough business, but it is also an appreciated way of life. The first fairs were started to find the best new bull, swap recipes and soon enough to compete against each other. Who wouldn’t want to be the best, know how to grow the best crop or raise the best lambs?

Today, the county and state fairs offer much more. There are concerts, carnival, fair food and new categories to compete in like digital photography. The foundation, however, remains the same: keeping the historic agricultural traditions alive and a chance for the next generation, the kids in 4-H and Future Farmers of America (FFA) programs, to present their animals, craftsmanship and skills they learned from their families.

Traditionally the Eddy County Fair in Artesia is the first fair of the year, July 22 to 27, with the kick-off being Monday. Highlight is the parade at 4 p.m., beginning at Main Street and Bulldog Boulevard and proceeding east to Second and Main streets. Lineup will begin at 3:15 p.m. in front of the Bulldog Bowl on Bulldog Boulevard.