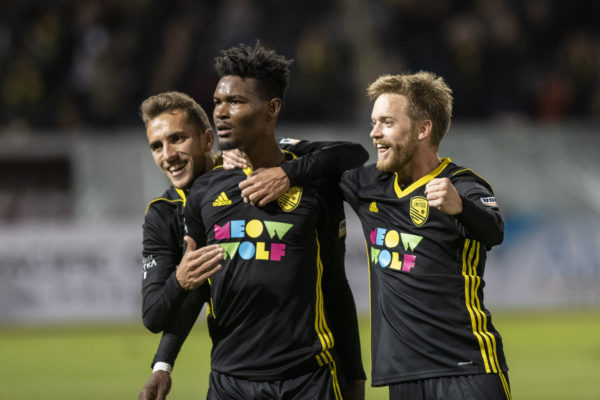 June 10, 2019 – Wednesday, fans will experience one of the biggest moments in New Mexico sports history. The New Mexico United soccer team will play against a major league team in a game that counts—and it’s uniting fans from all over the state.

In their first year, New Mexico United has taken the USL by storm. Now, they’re headed to the Rocky Mountains to take on the Colorado Rapids in the fourth round of the U.S. Open Cup.

The Rapids play in the league just above the United. “You only have one first match against an MLS team. You only have that happen one time,” David Carl, President of The Curse New Mexico, said.

Not only is it a big match for the United, but it’s making history for the state. It’s the first time a New Mexico team in any sport will play a professional team in a game that counts towards a title.

“The amount of emotion, energy, and drive that our whole state is putting behind this team, it shows,” Peter Trevisani, New Mexico United CEO & Owner, said.

The match is creating so much buzz that more than 50 United fans have organized a bus trip to Denver.

“When you see a bus full of people drive seven hours to see a mid-week soccer game, that just shows the passion runs deep and the quality of our supporters is high,” Trevisani said.

Excitement is also building for New Mexicans living in Colorado, where the Facebook group called “505 in the 303” is inviting people to the match.

“We’ve even been in touch with someone from New Mexico that works with the Rapids, and he said, ‘I don’t know what to do. I don’t know who to cheer for,” Erica Dang, the group’s founder, said.

If you’re expecting Rapids fans to outnumber United faithful, think again. “I would not be surprised if we have more fans there than the MLS club in their stadium,” David Carl said.

The United have many New Mexicans believing the team can pull off an upset. You can watch Wednesday’s match at 7 p.m. on ESPN Plus.