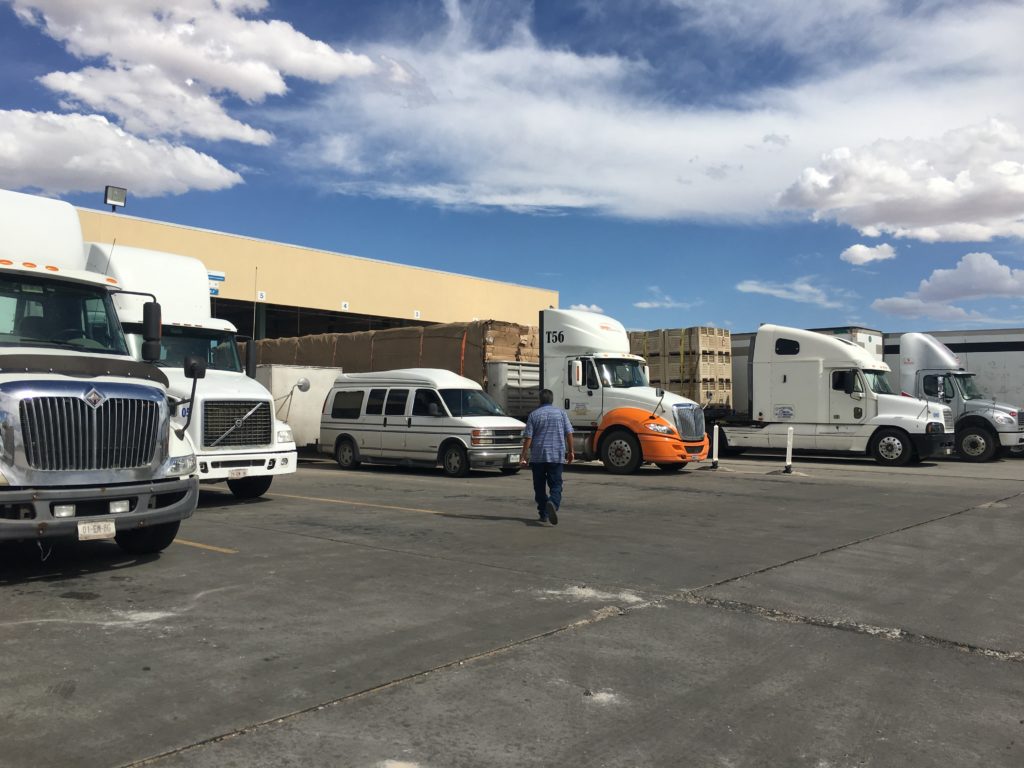 February 17, 2020 – Despite a turbulent year for trade, global exports in New Mexico grew in 2019 fueled largely by cross-border commerce.

The state’s exports to Mexico year to year went up 68% and total global exports increased by 31%, according to 2019 trade data from the U.S. Census Bureau.

“We lead all states in the nation in those two categories,” said Jerry Pacheco, president of the Border Industrial Association.

“Exports to Mexico are more than half of the state’s exports, and Doña Ana County accounts for almost all of the exports to Mexico so our companies are going gang busters,” said Pacheco, who also serves as executive director of the Santa Teresa-based International Business Accelerator.

The growth is also notable because it came during a year marked by uncertainty as the Trump administration threatened to close the border and slap tariffs on every product from Mexico if that country’s government didn’t do more to stop Central American migrants from reaching the U.S.

The effort to renegotiate NAFTA also had some companies on edge as the United States, Mexico and Canada hammered out a revamped trade agreement.

“It was difficult to attract clients last year with the uncertainty,” said James Robinson, president of J.H. Rose Logistics. The company experienced a slow down during the fourth quarter, but things have picked up this year, according to Robinson.

“Our first quarter seems to be cranking along pretty good,” he said.

“We’re kind of like a dating service,” Robinson said.

J.H. Rose Logistics moved from El Paso to Santa Teresa a decade ago.

“We saw Santa Teresa as a diamond in the rough,” Robinson said. One immediate benefit for trucks hauling loads from Mexico was bypassing traffic in Ciudad Juárez and crossing the border at Santa Teresa rather than in El Paso.

“Customers with a load could leave Chihuahua City and be in our city right after lunch,” Robinson said.

Another company, Ironhorse, is extending the Santa Teresa Gateway Rail Park by another 100 acres. A $9.88 million construction project at the Santa Teresa Jetport will improve runways, taxiways, add lighting and a new design for a to allow cargo jets to land.

Pacheco said all the growth and private investment should convince federal and state governments to fund infrastructure improvements in the region.

“We merit more attention and certainly we merit more funding to redesign the port, to expand the port of entry, more infrastructure in and around the port,” Pacheco said.