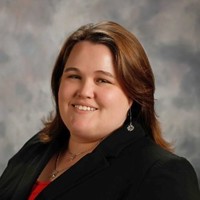 “The New Mexico Partnership’s role to create jobs and to amplify New Mexico as the best place to relocate or expand a business is more important than ever,” said Economic Development Cabinet Secretary Alicia J. Keyes. “Melinda is a strong collaborator with deep knowledge of the state and the right skills to help grow and diversify New Mexico’s economy.”

“Melinda’s experience as a proven economic developer has resulted in significant wins for our state,” said Pat Vincent-Collawn, Chair of the Partnership board. “Melinda knows New Mexico, she knows economic development and she is a proven leader. Over the past several months, she has demonstrated effective leadership in the midst of adversity.”

She also served as Senior Communications and External Relations Specialist at URENCO USA before making her way to New Mexico Partnership in 2017, where she served three years as Vice President of Business Development.

“I am grateful for this opportunity and excited to take on this new role within the organization,” said Melinda Allen, President and CEO of the Partnership. “I look forward to helping others continue to realize the benefits of locating their business in New Mexico.”