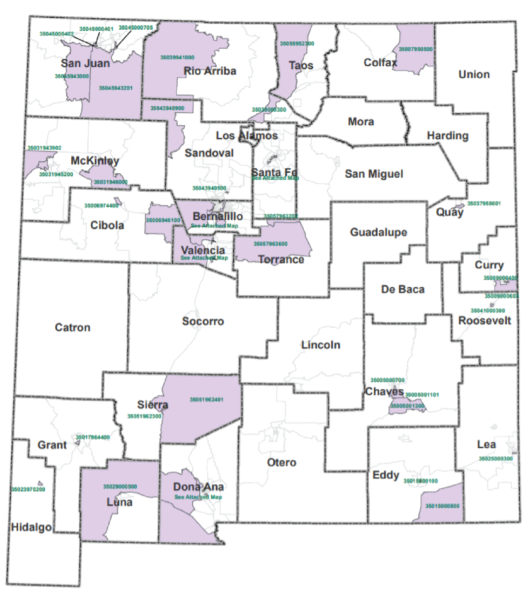 Keyes said the $1-million OZ Jobs Bonus shows that Opportunity Zone investments are a key strategy for Gov. Michelle Lujan Grisham as the state diversifies its economy. The federal tax initiative to stimulate development in lower-income neighborhoods can be a huge catalyst in New Mexico where it can be difficult to attract outside financing.

“One of the goals of my administration is to spread investment to all corners of New Mexico and we want to use every tool we can to accomplish that,” said Gov. Lujan Grisham. “That’s why we are going ‘all in’ for Opportunity Zones and giving an extra boost to help these communities.”

The state has designated 63 Opportunity Zones in 22 counties as part of the U.S. Government’s Tax Cuts and Jobs Act of 2017. The purpose of the tax law is to attract capital investment into economically distressed areas in exchange for a reduced tax obligation.

“As far as we know, New Mexico is the only state to offer this kind of Opportunity Zone Bonus Program,” said Keyes. “We are doing it because we know this is a once-in-a lifetime chance to reinvigorate rural, aging neighborhoods, and vital infrastructure “

Keyes made her comments Tuesday in front of more than 250 people who attended the Opportunity Zone Forum sponsored by the EDD.

“The window here is small and we want New Mexico to be on the world’s radar. We want investors taking a break from Wall Street and bring their money to New Mexico. We are working to make that easier than ever,” said Keyes.

Under the $1 million OZ Jobs Bonus, the N.M. Economic Development Department will use the existing Local Economic Development Act (LEDA) grant fund to kick in the additional money to Opportunity Zone projects. The initiative must meet LEDA guidelines, be in one of the nine key industry sectors outlined by the Governor, as well as other criteria.