By Carole Horst from Variety 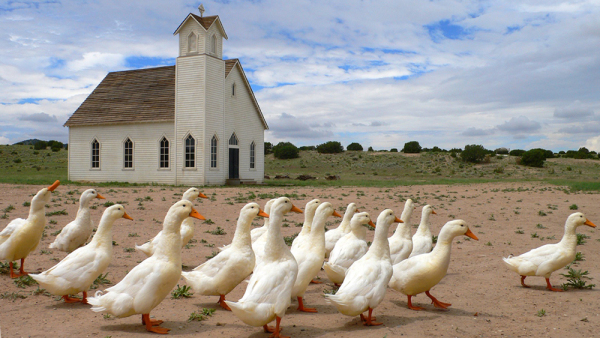 May 14, 2020 – The state with the iconic landscapes launched its incentives 16 years ago, and last year, Gov. Michelle Lujan Grisham helped pass SB2, which more than doubled the state’s annual cap on its 25% to 30% refundable tax credit to $110 million, and added a 5% uplift for shooting outside the Albuquerque-Santa Fe urban corridor.

Rural communities such as San Juan County benefited from this uplift, and saw “Jumanji: The Next Level” shoot there.

The state also created New Mexico Partners, a public-private partnership in which big producers commit to New Mexico for 10 years, and either buy or sell a studio and give the government a job commitment.

“Our first one was Netflix, they bought Albuquerque Studios and they committed to spend $1 billion over 10 years. They came in force,” says Alicia J. Keyes, New Mexico cabinet secretary of economic development, who works directly with the entertainment industry. “They’ve honored that commitment. They also have a minimum spend-per-year. … They have been an amazing partner. They have given us funds for training crew.”

Keyes notes, “NBCUniversal was here doing a show when I closed the Netflix deal, and NBCUniversal’s [senior vice president of productions] Carrie Henderson … said to me, ‘You need to find us a studio!’

“That’s what started the NBCUniversal deal. They moved here and took over an 80,000 square-foot warehouse and built three stages. And they were going to do the grand opening the day before COVID shut everything down.”

NBCUniversal made a $500 million commitment.

Keyes says the state is also looking at a third partner studio, but that deal is still under wraps.

She is bullish on the biz. “We foresee when we’re able to open up that this is going to be one of our first sectors to bounce back.”

The governor has convened a post-lockdown economic task force with 15 business sector leaders, including NBCUniversal’s Brian O’Leary.
As for more building, Keyes says that she expects construction to start in the next few weeks.

“I think that stage space is hard to come by everywhere,” she says. “That’s why our partnership models are successful. People are looking for stage space outside of New York or L.A., and for those companies that have a certain amount of product, it just makes sense for them to have a home base outside those big cities.”

And as the pandemic subsides, there will be an aversion to traveling far to shoot.

“I have seen the trend of distributors and producers based in North America that want to stay in North America. I think that the talent and the crew feels more comfortable staying close to home,” Keyes says.

SEE THE FULL ARTICLE AT VARIETY