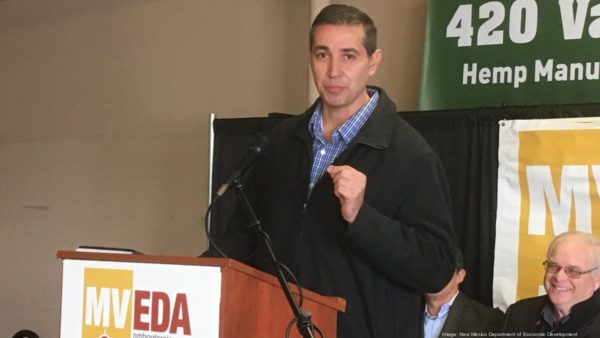 December 5, 2019 – Hemp cultivation and jobs are set to grow in southern New Mexico.

420 Valley LLC is the latest hemp startup to commit to the state with its planned purchase of a vacant 13,000-square-foot building in Las Cruces and the creation of 55 jobs over the next three years, according to the New Mexico Department of Economic Development.

The company will cultivate hemp and refine the oil into manufactured products such as oil, pens, edibles and topical ointments. It expects to open in January, and the company founders have begun working with farmers in Deming to grow and harvest their hemp, according to a release.

The state has committed up to $400,000 in Local Economic Development Act funding while the city of Las Cruces has pledged another $150,000 for the project.

“The investment by the state will help us become an industry leader in the blossoming extraction industry as well as create more than 50 jobs in Dona Aña County,” said 420 Valley co-founder Rick Morales in a statement.

The average annual salary for the new positions is expected to be over $33,000, according to a release.

“Hemp production and sustainable agriculture are essential components of our mission to expand New Mexico’s economy,” Gov. Michelle Lujan Grisham said in a statement. “We must think broader than one industry and one industry alone; we must create opportunity for New Mexico entrepreneurs and residents of all ages who are eager to find fulfilling work and launch sustainable careers. And through our economic development department and other key initiatives we will do exactly that.”

Another hemp production company, Rich Global Hemp, announced its expansion to Las Cruces earlier this year. The company grows immature hemp plants that can be provided to farmers out of a 750,000-square-foot greenhouse. The state committed $1.2 million in LEDA funding and $1.4 million through the Job Training Incentive Program for Rich Global Hemp’s 180 promised jobs.

“Agriculture and related enterprises have always been part of the economic base in southern New Mexico and the new hemp laws that give farmers more options is a tremendous boost to the region,” said Economic Development Cabinet Secretary Alicia J. Keyes in a statement.

Hemp comes from the same plant species as cannabis, but has much smaller amounts of THC, the mind-altering chemical that makes users high, and is frequently used to create products with high amounts of CBD, which is often used to treat different types of pain.