New Hemp Co. With Millions in Funding Crops Up in Santa Fe 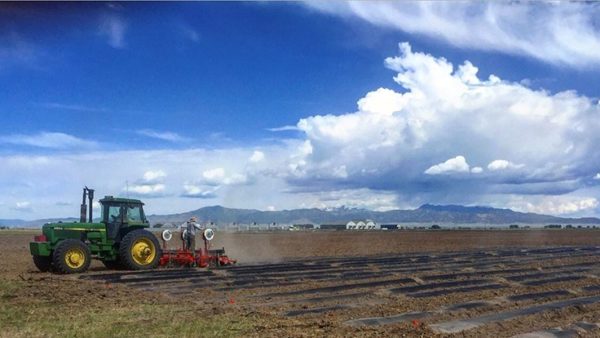 June 20, 2019 – Five industry experts have gathered in Santa Fe for the founding of First Crop, a public benefit corporation looking to bring a new plant to New Mexico soil.

“We all have an understanding of what’s going on in some of these struggling rural communities,” said President and CEO Dave Weir of the economic struggles of some towns reliant on agriculture. First Crop will subsidize hemp farming inputs and provide growing advice and crop monitoring throughout the season. Then it will purchase the harvest to make CBD products, acting as a guaranteed outlet for farmers.

Hemp comes from the same plant species as cannabis, but has smaller amounts of THC, the mind-altering chemical that makes users high, and is frequently used to create products with large amounts of CBD, often used to treat pain.

First Crop was cofounded around six months ago by Weir, Jane Pinto, David Armstrong, David Hill and Michael Bowman, who says he wrote the language for the 2014 U.S. Farm Bill amendment legalizing hemp cultivation for research purposes. The company is working with around a dozen farmers to support 150 acres of hemp cultivation in New Mexico and Colorado.

The company also has a 2,000-square-foot office space under lease at 1512 Pacheco St. in Santa Fe. It is looking for marketing, sales, manufacturing, processing and cultivation professionals, according to Weir. The firm employs six in New Mexico and is looking to grow its local presence by a dozen.

First Crop says it has raised a total of around $2.5 million from private investors and plans to aggressively seek more capital following the upcoming growing season, which ends in the fall. It plans to launch its Seed the Revolution campaign, a crowdfunding initiative aiming to raise over $2 million, next week.

The additional funding will be used to expand farming support and operations, including a new processing facility and other potential sites.
Various industry players have looked to New Mexico following the revising of state rules regarding hemp cultivation last year, sparking new jobs and opportunity.