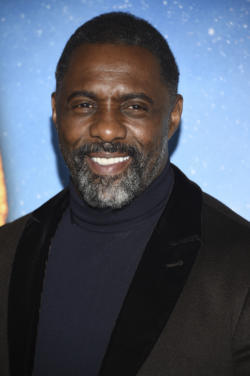 January 22, 2020 – One year after Netflix inked its deal to purchase Albuquerque Studios, it is announcing additional investments in New Mexico, including a blockbuster that will be filmed here and a partnership with NBCUniversal and the state to launch a training program for local production jobs.

The upcoming Netflix original film set be housed in New Mexico stars Idris Elba and is produced by Jay-Z.

“The Harder They Fall” begins production in March.

The film is a Western that follows the story of an outlaw, played by Jonathan Majors, who discovers that the man who killed his parents two decades ago is being released from prison. Elba plays the prisoner.

The outlaw reunites with his gang to track down the enemy and get revenge.

Preproduction and casting for extras have begun. The project will film in and around Santa Fe County, as well as Diablo Canyon and ranches in the area. The film is directed by Jeymes Samuel.

The training program, meanwhile, will be for below-the-line production jobs to serve New Mexico’s growing industry.

Netflix and NBCUniversal have pledged to each donate $55,000 a year over the next decade to support the program.

“New Mexico has made great strides in positioning itself as a leading production center for the Southwest and is home to a welcoming business community and an outstanding crew base with experience across all types of productions,” said Ty Warren, vice president for physical production at Netflix. “We’re thrilled to have put down roots here with the acquisition of ABQ Studios in Albuquerque and looking forward to continuing our relationship with the state well into the future.”

“The higher education institutions offer great programs to get crew ready,” Keyes said. “This program will help elevate the crew members in moving up. Productions will be able to hire more New Mexicans through this program.”

On Oct. 8, 2018, Netflix announced its plans to purchase Albuquerque Studios. The deal was signed last January.

It calls for Netflix to spend $1 billion over a decade and add 1,000 jobs a year. The state and city of Albuquerque pitched in $10.4 million in Local Economic Development Act funds to get the deal.

Netflix was to meet a $75 million in direct spending in the state by Dec. 1.

The state said Netflix met its benchmark by more than double.

Netflix was able to reach the benchmark with several productions, such as “El Camino: A Breaking Bad Movie,” “Army of the Dead,” “Daybreak,” “Chambers” and “Messiah.”

“The success of Netflix proves the state is serious about growing the industry and making sure New Mexico is the place to be for film and television productions,” Keyes said. “That’s good news for the state economy and for cast and crew members hoping for steady year-round employment.”

The program offers up to 30% of qualified production spending, with an extra 5% rebate for productions that work in rural areas more than 60 miles from the Albuquerque-Santa Fe corridor.

That incentive has succeeded in generating more film activity in rural communities, which helps diversify the state economy, Keyes said.

“Netflix has already made a splash. They have exceeded their commitment to the state, demonstrating their belief in New Mexico as a hot spot for production and growth and underscoring our ability as a state to provide the talented workforce needed to keep our film and television industry on the rise,” Lujan Grisham said. “I couldn’t be more excited to see what comes next.”

SEE THE ORIGINAL ARTICLE AT THE ALBUQUERQUE JOURNAL