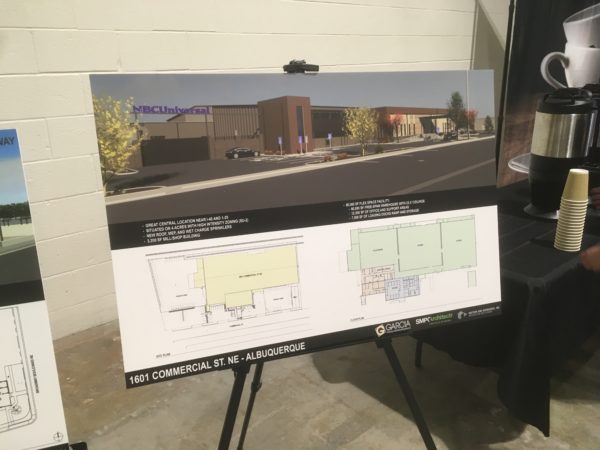 June 10, 2019 – NBCUniversal will be the next media giant to establish roots in Albuquerque.

NBCUniversal has entered into a 10-year venture with Garcia Realty and Development to redevelop an empty warehouse located at 1601 Commercial Street NW into a state-of-the-art television and film studio.

The development is expected to cost $4 million and will have two sound stages, offices and a mill. The facility will be used by NBCUniversal to produce scripted productions for many platforms, including broadcast and cable channels.

According to a press release, NBCUniversal will employ more than 330 full-time jobs year round and generate an economic impact of $1.1 billion over 10 years. According to an economic analysis by the state, the total number of jobs, direct and indirect, should exceed 800.