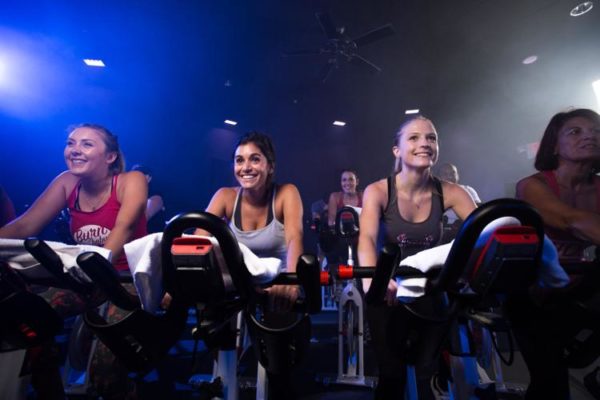 November 14, 2019 – This week in retail, a handful of national and regional brands have targeted Albuquerque’s Northeast Heights for expansion, including a pair of unique fitness offerings.

On Halloween, an Albuquerque resident opened the doors to New Mexico’s first fitness studio from the Oregon-based company barre3, at 8060 Academy Rd. NE. A few minutes to the southeast, Albuquerque’s first CycleBar studio is planning to open at 9900 Montgomery Blvd. NE on Nov. 14.

The two companies take different approaches to physical fitness, but the founders of both Albuquerque franchises said they wanted to offer something different from a standard gym, and both were attracted to the Northeast Heights to launch their concept.

“The demographic of the northeast heights is a really good fit,” said Blake Harden, who will own and operate the CycleBar studio with his father, Mark.

Harden, who played basketball at the University of New Mexico, said his father owned the space already, and the pair were looking for a business that could fill it. While there are other cycling studios in Albuquerque, Harden said CycleBar stands out because it offers a more energetic experience than competitors.

He said CycleBar classes have riders pedal to the beat of a customized playlist created by the instructor, or “CycleStar,” with pulsing red, green and blue lights to add to the atmosphere. Each class runs 45 minutes, though some classes are more competitive than others, according to Harden.

SEE THE OTHER COMPANIES FEATURED AT THE ALBUQUERQUE JOURNAL