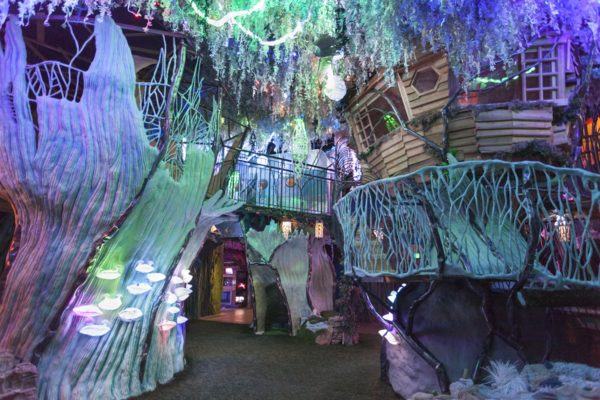 August 12, 2019 – Meow Wolf is a well-known name in New Mexico, and increasingly throughout the rest of the country. What started as a popular art installation in Santa Fe quickly became one of the biggest startup business stories to come out of New Mexico.

The company disclosed in May that it had raised $158 million in funding. Meow Wolf has raised the largest fundraising round in the last decade than any other startup New Mexico-based company. The next leading contender has raised $30 million and is more than five times below the total amount of Meow Wolf’s raised funds. And a report prepared by the New Mexico Economic Development Department two years ago pegged Meow Wolf’s direct, indirect and induced economic output to be worth more than $1 billion by 2027.

With its first permanent art installation, called “House of Eternal Return,” and headquarters located in Santa Fe, Meow Wolf has four large permanent new art installations planned in Denver; Las Vegas, Nevada; Phoenix and the District of Columbia. Its Denver lease alone will cost $60 million over the next 20 years, according to the Denver Post.

The information on the interactive art exhibit comes from a Business First special report on Meow Wolf as a business.

The company is raising money and growing at a level the local startup world has rarely experienced, and that means its opportunities and challenges could come at a scale New Mexico business has rarely seen.

Asked what the success or struggle of Meow Wolf’s rapid expansion could mean for New Mexico, Alice Loy said, “Whether or not they are able to achieve all of their goals, the benefits to New Mexico … will still stick around for decades,” because of the new wave of creative investors, entrepreneurs and professionals drawn to the area.

In 2014, a study by the University of New Mexico’s Bureau of Business and Economic Research found that the state’s arts and cultural industries contributed $5.6 billion per year to New Mexico’s economy.