Meow Wolf and Santa Fe Get National Notice Yet Again 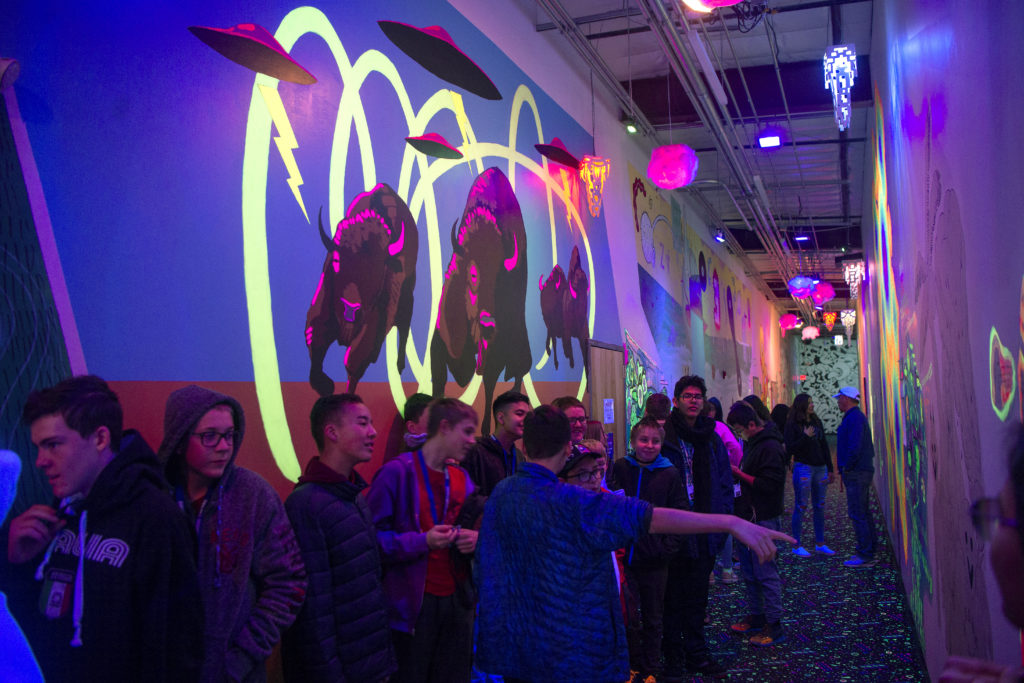 February 20, 2020 – The Santa Fe-based art collective Meow Wolf has become not only a destination for visitors but also for touring bands and has captured imaginations since opening its first permanent space in 2016.

In the latest issue of Rolling Stone, the magazine mentioned Santa Fe as one of its “small cities, big scenes,” along with the likes of Northampton, Massachusetts; Boise, Idaho; and Madison, Wisconsin.

The article says, “long an artist hideout, the city is home to one of the coolest venues in the country: Meow Wolf, a mind-bending space inside a huge immersive art house funded by a local, George R.R. Martin.”

Vince Kadlubek, founder and executive adviser, said, “Since Day One, back in 2008 when we started the collective, we wanted our own space to throw music shows and parties.”

Music programming has always been at the heart of Meow Wolf,” Kadlubek said. “I’d say it’s the beating heart of culture and music is always relevant. It’s core to our company.”

Over the years, Kadlubek says bands often make a detour to Santa Fe, just to play at Meow Wolf.

“It’s been amazing,” he said. “It’s a testament to our audience and fan base. The musical acts are being so well respected by the people of New Mexico.”

Rob Garza, of the indie outfit Garza, performed at Meow Wolf on Feb. 10.

When routing his tour, he was determined to get a date at the space.

“I’d heard so much about Meow Wolf and seen how eclectic it is through pictures,” Garza said. “I wanted to be in the space and see what inspiration I could draw from.”

In early 2019, rapper T-Pain filmed the music video for “A Million Times” at Meow Wolf.

Kadlubek said the Santa Fe music venue has a capacity for 500.

With new projects in Las Vegas, Nevada; Denver; and Washington, D.C., the company is trying to go bigger with those spaces for live music.

“There may be some opportunity to grow in Santa Fe,” he said. “That’s always a possibility.”

Kadlubek was also quick to mention the hard work of the events team, who puts on numerous shows a week.

“The shows are fun, because you can just show up and it always has a good vibe,” he said. “That was a big part of planning, and it’s seen a lot of success.”