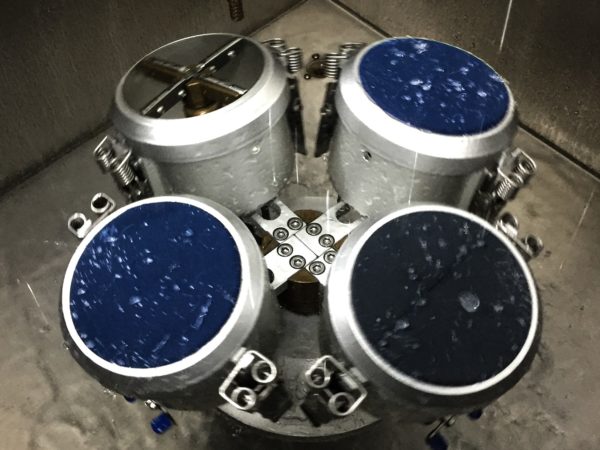 January 27, 2020 – A textile manufacturer is bringing production to New Mexico following an expansion.

Green Theme Technologies Inc., which is working to commercialize a sustainable and more effective method of textile production, is looking to start production in Rio Rancho following a move into a 7,500-square-foot space, 4132 Jackie Road SE.

The company also operates a manufacturing facility in Taiwan, where it employs 14. Green Theme Technologies CEO Gary Selwyn said that facility was launched in 2017 to show the viability of the company’s technology, and the firm plans to make the switch to a licensing model following its success.

“Volumes are ramping up at that facility,” Selwyn said. “It made sense to begin production in [the Albuquerque area].”

Local production is slated to begin in the fourth quarter, partly due to a production spike which required that some equipment be diverted to Taiwan to meet quotas, according to Selwyn.

The Rio Rancho facility is roughly double the size of a previous one located in Albuquerque. The company will look to add three or four people to its local seven-person staff. The company also employs one each in Colorado and Oregon, in addition to its Taiwanese workforce.

Green Theme’s tech produces water-repellent textiles through a waterless production process, bonding chemicals with fabrics at the molecular level instead of soaking them in vats. It aims to boost the performance of fabrics and eliminate water usage and pollution.

Removing water could be a major step forward for textile production, which some have estimated accounts for about 20 percent of water pollution worldwide.