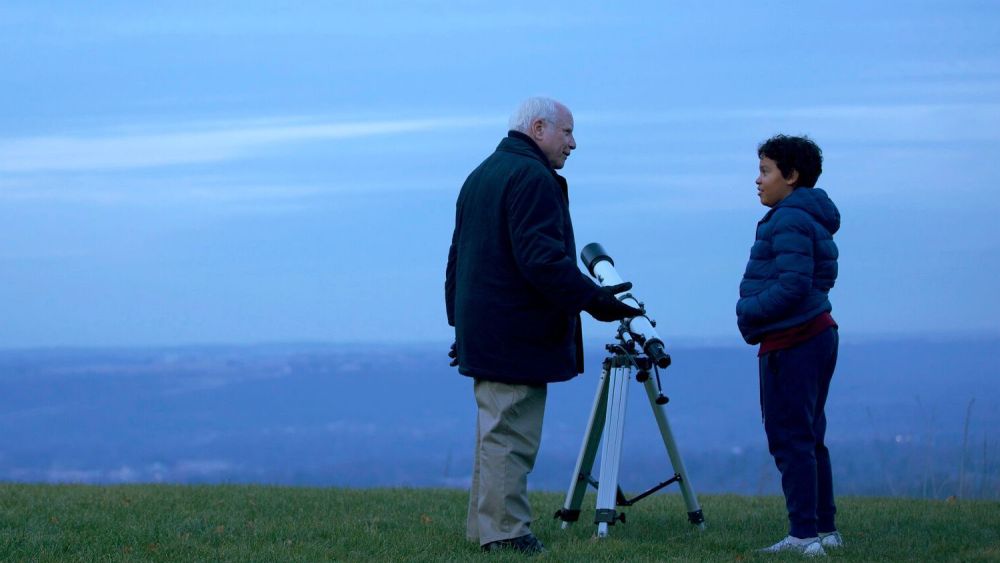 In the film “Astronaut,” Richard Dreyfuss plays Angus Stewart, a lonely widower. He battles his family, ill health and time to win a competition for a golden ticket to space.

This film will be screened on the opening night of the fifth annual Las Cruces International Film Festival, at 7 p.m. Wednesday, March 4, at Cineport 10 in Las Cruces.

“It’s about the first commercial spaceflight,” says Ross Marks, executive director of the festival. “Down here, we’re getting ready to have Virgin Galactic, who is working on giving flights to space. They are also sponsoring the film for opening night.”

Marks says director and writer Shelagh McLeod and the film’s producers are delighted to be able to screen the film at what they consider “ground zero” for the reality that inspired the film.

Virgin Galactic staffers plan to join them, along with cast members such as Dreyfuss, Graham Greene and Krista Bridges for the Q&A after the screening.

“The thing is that it’s really neat for me, because I want to make it a filmmakers’ festival,” Marks says. “Having these opportunities really gets an audience a better understanding of the subject.”

The festival begins on Wednesday, March 4, and runs through Sunday, March 8, at locations around Las Cruces.

The five-day festival will feature 108 films, along with panel discussions.

Marks says the LCIFF’s mission is multidimensional. Organizers strive to produce an outstanding film festival to promote independent filmmaking, entice tourists to the area and showcase the area as an attractive film location because its unique scenery, mild climate, and talent base to create a positive economic impact.

Dreyfuss will receive the Outstanding Achievement in Entertainment Award on Thursday, March 5.