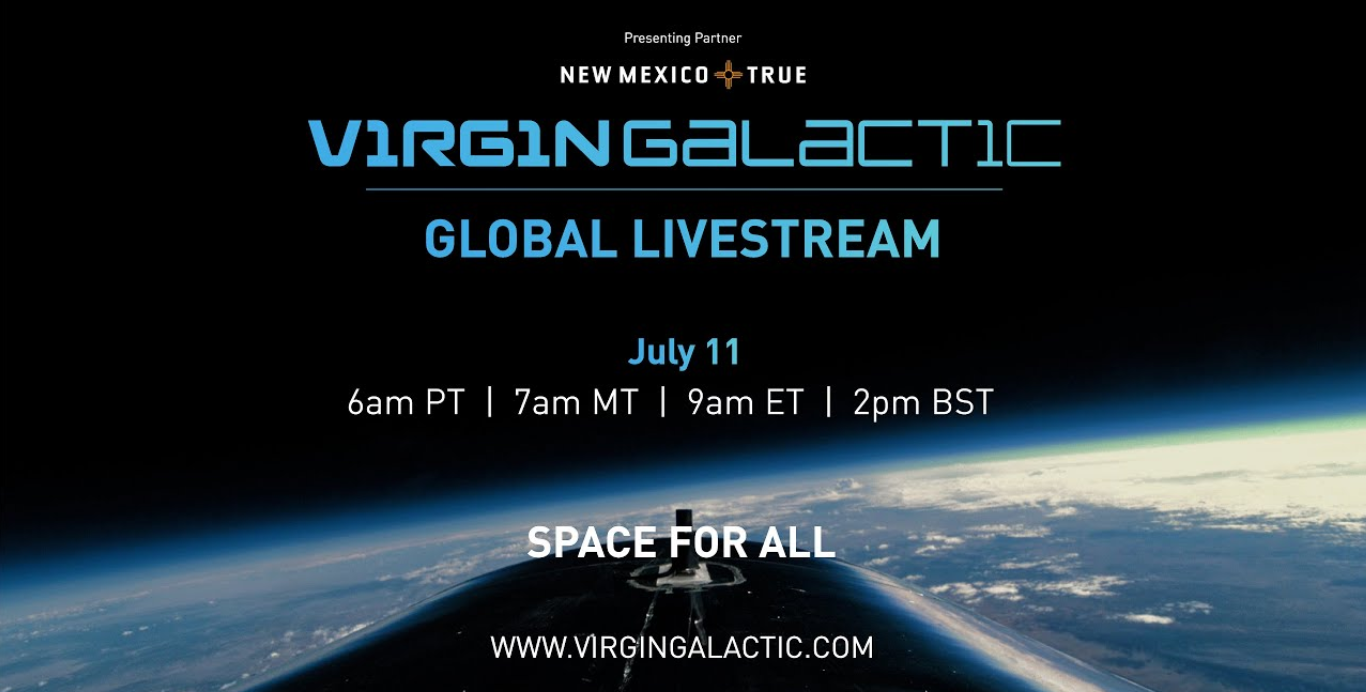 July 9th, 2021 – Virgin Galactic will broadcast the flight of its founder, Richard Branson, as the billionaire soars into space on Sunday (July 11).

The 70-year-old Branson and the rest of his Unity 22 crew will depart from Spaceport America near Truth or Consequences, New Mexico on Virgin Galactic’s VSS Unity SpaceShipTwo vehicle. The live broadcast will start at 9 a.m. EDT (1300 GMT), according to the company’s Twitter feed. You’ll be able to watch the broadcast live directly from Virgin Galactic and on the the Space.com homepage.

Virgin Galactic has not yet released key timing milestones of the flight. Sometime on Sunday morning, VSS Unity will take off beneath the wings of its carrier aircraft, a plane known as VMS Eve. At an altitude of about 50,000 feet (15,000 meters), Eve will drop Unity and the space plane will make its own way to suborbital space. Eve and Unity will both come in for landings back at Spaceport America.