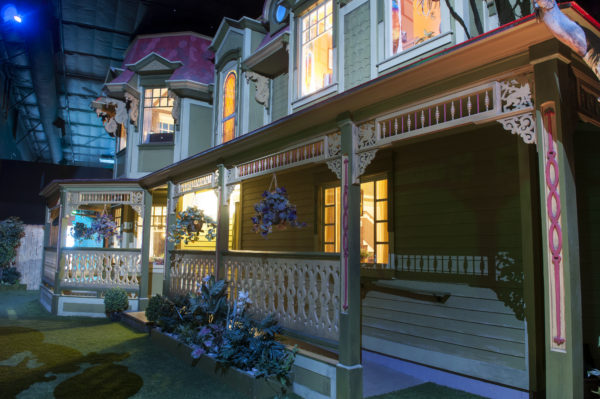 Martin and the collective have paired up again – this time with Martin being named the chief world builder for Meow Wolf as it plans to expand its creative, interactive exhibition spaces into four new cities.

“Our hope is that over the next 10 to 20 years, the company is spoken of in the same way as Disney, Marvel, Jim Henson,” Kadlubek said in a interview Sunday. “These are legends of storytelling and story universes. That’s our hope, and we are putting the intention out there.”

Martin has always been a key supporter of the Santa Fe-based art and entertainment collective, in 2015 pledging $2.7 million to buy and help transform a bowling alley in Santa Fe into the The House of Eternal Return, which now attracts thousands of visitors a day.

“We’re obviously quite grateful for the relationship with George,” Kadlubek said. “George has always showed an interest in what we’re doing creatively.”

Kadlubek always wanted to collaborate more with the well-known author, who also owns the Jean Cocteau Cinema in Santa Fe.

In his new role, Martin will use his storytelling skills to tie together the Meow Wolf multiverse, which over the next few years is expected to include projects in Las Vegas, Nevada; Denver; Washington, D.C.; and Phoenix – each with a different, immersive storytelling experience…

CLICK HERE TO READ THE FULL ARTICLE AT ALBUQUERQUE JOURNAL