From the September/October 2019 issue of Business Facilities 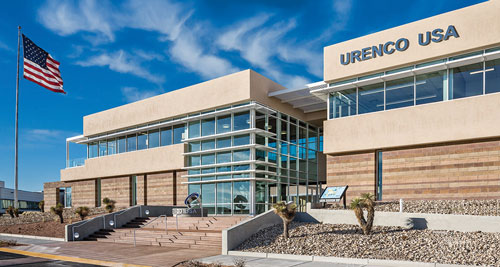 November 15, 2019 – The size of the Permian Basin in southeastern New Mexico represents one of the largest fields in the United States, and residents of the area are taking action to facilitate the growth of the oil and gas industry in the area. After a recently completed expansion of the regional airport, Lea County will be augmenting the existing non-stop United Express daily flight service to Houston with a new route to Denver, Colorado which began on October 27.

The remote areas of southeastern New Mexico are experiencing unprecedented growth and economic activity as the oil and gas industry continues to explore the potential of the Permian Basin. Ever since the United States Geological Survey (USGS) announced in late 2018 that the Delaware Basin, part of the larger Permian Basin, is one of the largest continuous oil and gas resources ever assessed in the nation, the modern mid-sized city of Hobbs has been working to meet the needs of the oil and gas industry.

“Lea County, New Mexico, is the second-highest oil-producing county in the United States,” said Missi Currier, president and CEO of the Economic Development Corporation of Lea County (EDCLC). “In fact, if Lea County was a state, we would be outproducing California and Alaska. As it is, New Mexico is third in the nation for oil production, behind only North Dakota and Texas.”

Currier believes the new direct Denver flight will provide easier access for oil and gas industry professionals in Colorado and North Dakota to the booming fields in Lea County.

The oil-rich Permian Basin represents huge potential for oil and gas industries worldwide. The oil field has been ranked at the world’s second-most productive oil field for several years, and recent information has proposed that it may actually hold the number one spot. A recent bond offering disclosed operational details for Saudi Ghawar, the world’s largest conventional onshore oil field, which produced 3.8 million Barrels Per Day (BPD) for 2018. Analysts were quick to note that the Permian Basin produced 3.8 million BPD by October 2018, with two months of production still remaining in that calendar year.

Lea County is the top oil-producing county in the entire Permian Basin and has been developing the New Mexico side for many years. The county has been very proactive in facilitating multiple sectors of the energy industry and meeting its needs. The Lea County EnergyPlex not only encompasses oil and gas companies but also renewable energy businesses and nuclear operations. Non Stop Daily flight began in July 2011 and has proven to be a valuable resource for Texas-based oil industry consultants, workers and executives.

“We wanted to find a way to open up our oil fields to Colorado, North Dakota, Calgary and other companies north of New Mexico,” said Currier.

The EDCLC branded the new flight service as FlyHobbs and invested in a marketing campaign to introduce it to the oil and gas industry and the entire community.

The EDCLC was first established in Lea County in 1963 to help recruit new, quality businesses to the area and assist with the retention and expansion of existing industry. As a private, non-profit organization, the EDCLC helps to identify incentives, locate real estate, supply data, contact community leaders and support their memberships through networking events and conferences.

The State of New Mexico has unveiled an incentive program for Qualified Opportunity Zone (QOZ) projects and is offering a $1 million bonus to investments that meet certain benchmarks, according to Economic Development Cabinet Secretary Alicia J. Keyes.

Keyes said the $1-million OZ Jobs Bonus shows that Opportunity Zone investments are a key strategy for Gov. Michelle Lujan Grisham as the state diversifies its economy. The federal tax initiative to stimulate development in lower-income neighborhoods can be a huge catalyst in New Mexico where it can be difficult to attract outside financing.

“One of the goals of my administration is to spread investment to all corners of New Mexico and we want to use every tool we can to accomplish that,” said Gov. Lujan Grisham. “That’s why we are going ‘all in’ for Opportunity Zones and giving an extra boost to help these communities.”

The state has designated 63 Opportunity Zones in 22 counties as part of the U.S. Government’s Tax Cuts and Jobs Act of 2017. The purpose of the tax law is to attract capital investment into economically distressed areas in exchange for a reduced tax obligation.

“As far as we know, New Mexico is the only state to offer this kind of Opportunity Zone Bonus Program,” said Keyes. “We are doing it because we know this is a once-in-a lifetime chance to reinvigorate rural, aging neighborhoods and vital infrastructure.”

Keyes made her comments in front of more than 250 people who attended an Opportunity Zone Forum sponsored by the EDD.

“The window here is small and we want New Mexico to be on the world’s radar. We want investors to take a break from Wall Street and bring their money to New Mexico. We are working to make that easier than ever,” said Keyes.

Under the $1 million OZ Jobs Bonus, the New Mexico Economic Development Department will use the existing Local Economic Development Act (LEDA) grant fund to kick in the additional money to Opportunity Zone projects. The initiative must meet LEDA guidelines, be in one of the nine key industry sectors outlined by the Governor, as well as meet other criteria.